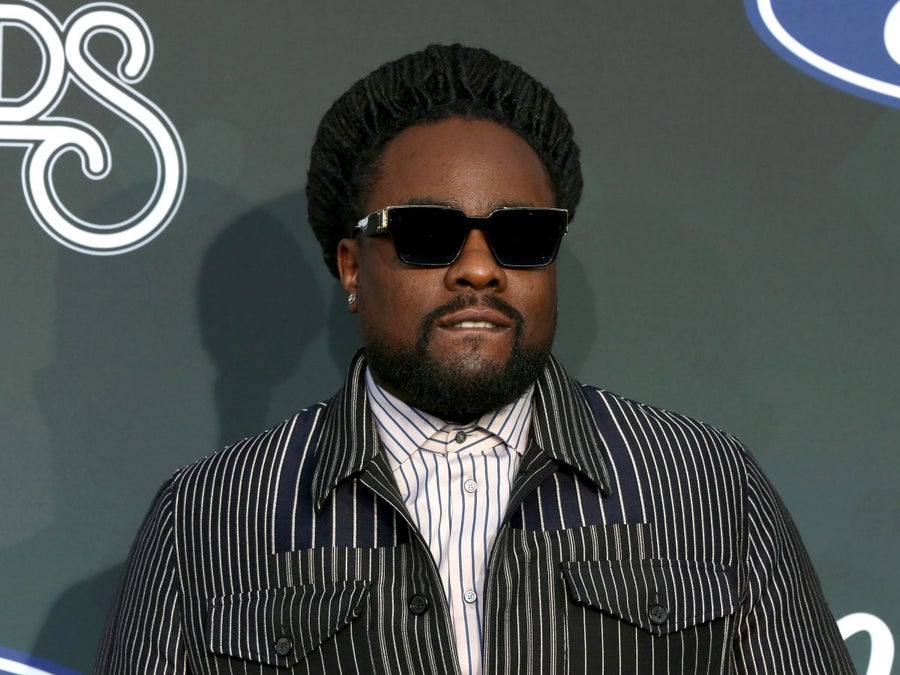 Happy Black History Month! Black History Month 2022 kicked off with major internet-breaking moments. From Rihanna’s pregnancy announcement to a M-E-T-H-O-D Man digital cover from ESSENCE—we refuse to be modest about it—the possibilities for the remaining weeks are endless. As usual, the first week of Black History Month is a reiteration that nothing moves in this world without contributions from Black people, past, present, and future.

So if you were busy minding your merry Black business and feeling especially empowered, here’s a few things you might have missed.

There is just something about Black Love during Black History Month, so close to Black Love Day and Valentine’s Day. D.C. rapper Wale must agree because he turned his show at The House of Blues into a magical moment for one couple on Monday night. In front of a sold-out crowd, Wale invited Chicago actor, Corey Williams, and his girlfriend, Ivy on a stage decked with flowers under the guise of just celebrating the couple. After Ivy called Corey  ‘perfect’ Wale passed the microphone to the couple. Corey only uttered a few words before the crowd erupted anticipating the proposal. Naturally the proposal followed a performance from Wale of hit song “Matrimony” featuring Usher. Check out the tear-jerker below.

It wouldn’t really be Black History Month in America without Black people being threatened with violence. For the second time in less than a month, over a dozen of historically Black colleges and universities across the country were forced to lock down campuses and cancel classes because of bomb threats. By the end of the week, NBC reported that the FBI identified six “tech savvy” juveniles as persons of interest in the threats. Officials believe the threats to be racially motivated. HBCUs have a long history of being targets for racial violence.

The Dean of the University of Washington’s Graduate School in Seattle, who studies the history of Black educational institutions, Joy Williamson-Lott, explained to NBC, “These institutions represented the drive for equal opportunity and a threat to white supremacy in the South.” She continued, “Public Black institutions were deliberately underfunded, controlled exclusively by white trustees, and some were deliberately located in remote parts of their states. White elected officials never intended for them to be successful, only to train Blacks to work in a segregated and hierarchical society.”

At this point, Covid-19 variants are dropping every other week like Jordans from Nike. According to Reuters, an official of the World Health Organization said the emerging BA.2 form of the Omicron coronavirus variant, that is replacing Omicron’s more common “original” BA.1 subvariant, does not seem to be any more severe. The CDC reported that the subvariant is 1.5 times more transmissible than the original omicron strain. As of Friday, nearly half of U.S. states have confirmed the presence of BA.2 with at least 127 known cases nationwide. Amid growing concerns that new variants will emerge as immunity induced by the original vaccines wanes, both  Pfizer and Moderna reportedly started clinical trials this week on Omicron-specific shots.

OnxyFest is Indiana’s first and only theater festival dedicated to the stories of Black playwrights. Established in 2021, they are self-described in the words of late playwright, August Wilson, as a festival that “informs its viewers of the human condition and its power to heal.” In its inaugural year, OnyxFest staged six Black-led plays. Now, the plays are available for free streaming through the end of February on Butler University’s Arts and Events Center  website.

The six plays available are, “1200 Miles from Jerome” which follows the perilous journey of a 1940s family driving a teenage Japanese internment camp fugitive from Arkansas to New York;  “Fly Blackbird Fly/ Voices We Can’t Unhear” tells of a “choreopoem” recounting traumatic experiences of several Black women at their breaking point; “This Bitter Cup” is the story of a southern Black family in the 1950s vying to find balance in their lives as they struggle for peace; “Ransom Place” follows a pair of unlikely companions who hold on to what is precious to them as they contend with life-changing forces;  “The Price Of Progress: The Indiana Avenue/IUPUI Story” is a two-act play about the rich culture of Indiana Avenue and the evolution of an urban university in the same Indianapolis community; and “That Day in February” ponders what happens when adult siblings frozen by childhood trauma are forced to confront their past?

Make the most of your snow day and enjoy some amazing plays right from your screen! Free throughout the month of February, you can now stream on-demand recordings of 2021 @OnyxFestIndy plays via Butler Arts & Events Center’s platform The Fly Rail. https://t.co/99Tphkjztr pic.twitter.com/wZIzhq4Fdj

As expected, the Republicans are pushing back against President Biden’s promise to appoint a Black woman to the Supreme Court with racially motivated fervor. According to Politico, on Tuesday, GOP Senator and a member of the Judiciary Committee, John Kennedy, made his desired requirements for a SCOTUS nominee clear: “No. 1, I want a nominee who knows a law book from a J.Crew catalog. No. 2, I want a nominee who’s not going to try to rewrite the Constitution every other Thursday to try to advance a ‘woke agenda.’”

Aside from the racist and sexist insinuation that any Black woman that Biden nominates won’t be as qualified as other appointed justices, what’s most laughable, is that Justice Amy Coney Barrett didn’t receive an iota of critique from the right. When the Senate Judiciary Committee questioned Barrett’s law school pro bono work—American Bar Association’s code of professional responsibility recommends lawyers provide 50 hours a year of free legal services—Barrett instead offered her participation in Angel Tree drives and volunteer work at a local soup kitchen. Barrett also famously struggled to name all five freedoms protected in the First Amendment (she forgot the right to protest).

Let’s take Kennedy out of the Senate, link in bio #garychambersjr #USSenate

As Target launches its new Black History Month collection, according to YahooNews, the collection includes t-shirts made from cotton sourced from fifth-generation Black family-owned farm Bridgeforth Farms. Yes, a Black-owned cotton farm. Located in Tanner, Alabama, Bridgeforth Farms dates back to 1877. Following the Civil War, former slave George Bridgeforth, Sr. and his wife, Jennie, began buying land in North Alabama to establish a farm. By 1900 the Bridgeforth family had grown to include nine children. Two of the sons received eduations from Massachusetts Agricultural College, Talladega College, and Tuskegee Institute respectively. The Bridgeforth descendants proudly carry on the family legacy and even made history in 2015, great-great-grandson Carlton Bridgeforth became the first Black person to serve on a USDA checkoff committee. Presently the farm still operates. Target’s collaboration with Bridgeforth Farms is the kind of equitable opportunities Black people want to see from corporations, and deserve to see outside of Black History Month. Now, if only all the Black celebrities with clothing lines could force a clause to source all cotton from the Bridgeforth Farms, we might be on to something.

The post 7 Things We’re Still Thinking About This Week appeared first on Essence.