A Pessimistic View of Public-School Reform 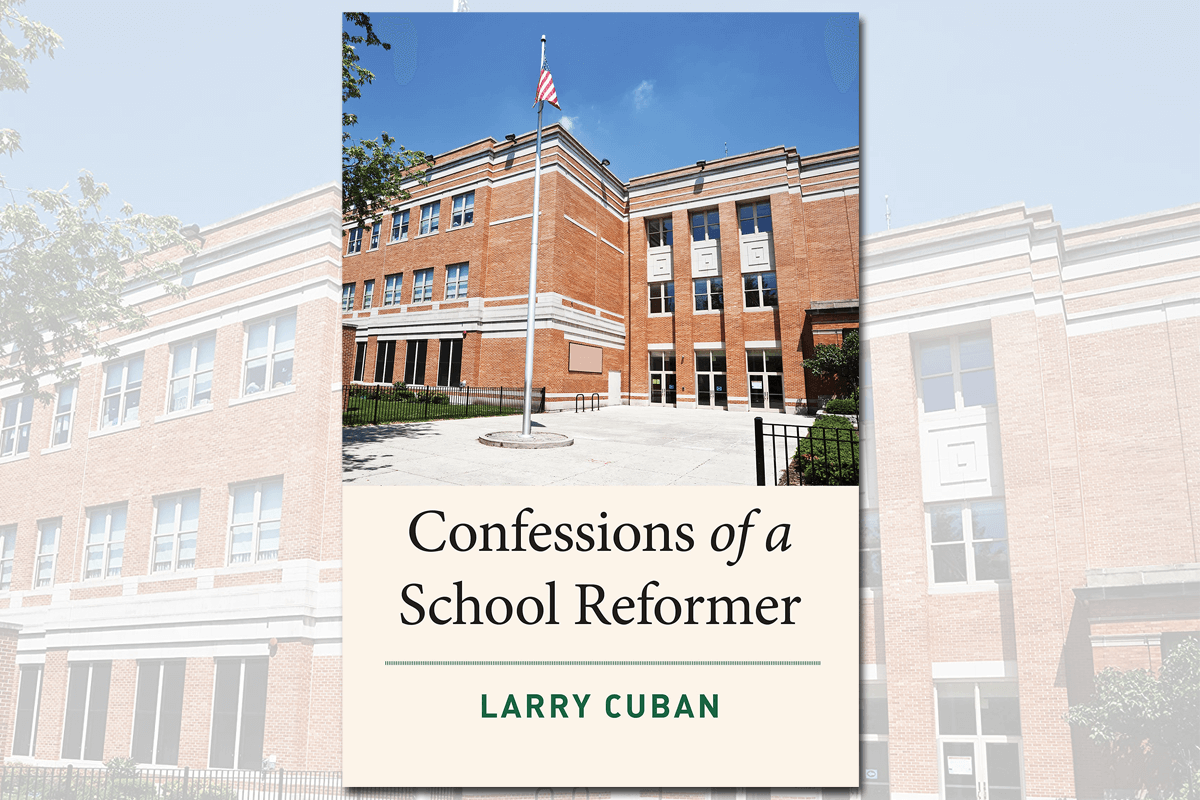 As reviewed by Paul E. Peterson

“They’re not good,” the head of a Fortune 500 company lamented about U.S. schools not long ago. “Students learn little, education gaps are widening, and not much can be done about it.” Pressed on the matter, he relaxed. “It’s not a serious matter. Our universities are excellent, and we can import the talent we need—though we do need to worry about social peace.” Sadly, his public comments (which I’m paraphrasing here) neatly summarize private conversations heard when business and civic leaders gather. A few years back, a prominent U.S. senator whispered much the same to me as we entered a dining room together.

Larry Cuban, a former public-schools superintendent turned urban historian, confesses to hold much the same view. Students are not learning much at school, and achievement gaps are widening, but schools should not be blamed, as they cannot be changed. Not that it counts for much, except for persistent racial and socioeconomic inequalities. The emeritus Stanford professor acknowledges that he has “pulled back from his Progressive roots as a reform-driven educator.” Like the businessman, he has “tempered the unvarnished optimism I had initially about the power of schools.” Cuban differs from the chief executive only when assigning blame for contemporary conditions.

Cuban accepts the inevitable in avuncular tones in this quasi-memoir. Born the son of Jewish immigrants in a working-class neighborhood of Pittsburgh, he was at a young age infected with polio, which left him with a modest limp. At school, he found little to inspire him. From his “early years at Minersville” he “can recall no particular teacher or lessons.” He got his first high school “A” in his 10th-grade history class from a teacher who taught “from the textbook, lectured, held periodic whole-group discussions, and gave quizzes.” Still, he enjoyed sports in high school and loved his close-knit B’nai B’rith boys club. At college, he found organic chemistry his “undoing” and “drifted into” the University of Pittsburgh’s school of education. Upon graduation, he climbed the male education ladder from teaching in an all-Black school in Cleveland to administration to doctoral studies to a “federally funded teacher-training project” as a part-time “master teacher” and supervisor of “four Peace Corps volunteers.” Before long, he was working for the U.S. Commission on Civil Rights, then won a fellowship to the Stanford School of Education, where he earned his doctoral degree and met his lifelong teacher and friend, historian David Tyack. With Cuban’s D.C. connections, he secured the superintendency of the Arlington, Virginia, school system. When the school board fell into Republican hands, he quit the position, only to return to Stanford to climb to the top of the academic ladder. Best of all, his marriage to Barbara Joan Smith proved fecund and happy. “Life was good for the Cubans,” he says. And he gives us no reason to doubt him on that score.

Given his climb from the bottom to the top of the education ladder, one might expect Cuban to recall his life and times with the same celebratory flourish Harvard education historian Patricia Graham brings to her 2005 work, Schooling America. For her, the story of the 20th-century school is one of immigrant assimilation, racial integration, and the struggle for excellence. Though she acknowledges faults and dissonances in the American education system, she also heralds its accomplishments. Like Graham, Cuban divides the 20th century into thirds, but his trilogy could be titled immigrants manufactured into compliant workers; minorities resegregated after Brown; and accountability rules stifled learning. In other words, the tale updates two earlier pessimistic histories, Michael Katz’s The Irony of School Reform and David Tyack’s One Best System.

“Public faith that schools can reshape or alter society . . . is unfounded,” he maintains. School districts are “nested within larger socioeconomic, political and caste-like structures (e.g., market-driven society focused on individual action, economic inequalities, racist structures), all of which hem . . . in what superintendents . . . [can] do.” Further, he notes, schools are but a small part of a bigger picture. “Less than 20 percent of a child’s and teenager’s waking time” is spent inside a schoolhouse. “Eighty percent of their time is spent in the home, neighborhood, and religious institutions with families, friends, and others.” For Cuban, the only solution is to alter “the larger societal inequalities in wealth distribution, employment insecurity, the lack of adequate housing for large swaths of American families, and the persistent ebb and flow of racism.”

But if 80 percent of a young person’s time is spent outside school, and if home, neighborhood, and religious institutions are the center of the action, then family strengthening and family control over schooling might offer the best ways out of the current morass. Cuban ignores this possibility, mentioning school choice only in passing. He does note that “nearly half of all students” in the District of Columbia now attend charter schools, but he fails to mention that D.C. schools have improved more rapidly than those of any state in the country, saying instead that it “remains contested” as to whether D.C. students’ academic performance has improved.

Cuban does not say outright that schools do not matter and can’t be changed, but his core message is essentially that. It captures well the mood of today’s business and educational elites. Corporate executives and leading philanthropists turn to other concerns. Urban superintendents wander from one school district to the next without believing they can make much of a difference. Schools are closed to stem the spread of a virus that, unlike polio, poses only small risks to young people. Unions call strikes when teachers are asked to return to school. School boards worry more about adults than children. Activists pursue narrow agendas. Faulty schools become a partisan parlor game, not a national concern. Learning falls over a cliff.

Paul E. Peterson, senior editor of Education Next, is the Henry Lee Shattuck Professor of Government and director of the Program on Education Policy and Governance at Harvard University.

The post A Pessimistic View of Public-School Reform appeared first on Education Next.