A Psychoanalytic Deconstruction of Perspective in John McGahern’s 'The Dark’

by admin June 7, 2020
A Psychoanalytic Deconstruction of Perspective in John McGahern's 'The Dark'

You, he, they, and I. All of these pronouns are used in John McGahern’s The Dark to refer to the central character who, when named, is simply given a surname: Mahoney. Young Mahoney is a troubled youth who is coming of age in the brutal Irish society and culture of the 1950’s, and suffers beatings, sexual abuse, and various other traumas and embarrassments at the hands of his father, his priests, and teachers. He is in turns a care-free Irish youth, going on fishing trips with his family and studying hard for his exams, eventually winning a scholarship. But even this victory is sullied by his father and the humiliation he wreaks. In response to these brutal situations, each of the thirty-one chapters in the short novel have four separate points-of-view which serve as a vehicle to illuminate the psychological impact of the situation as well as serve as a coping mechanism for the narrator to come to terms with the trauma he endures.

To understand how this narrative device is working in the novel, it is first necessary to understand how the psychological mechanism McGahern is using actually works. From the evidence in the text, a psychologist would most likely diagnosis young Mahoney with a dissociative disorder:
"[Dissociation] include…a loss of personal identity; multiple personality, in which an individual appears to present two or more different personalities, alternating in control over experience, thought, and action; and depersonalization and derealization, in which the person perceives him- or herself, or the external world, to be unreal or otherwise fundamentally changed" (Kihlstrom, Flisky, & Angiulo, 117).
Essentially, Mahoney is distancing himself from the situation at hand in the only way that is possible: by pretending that the world is somehow different. He adopts four world views throughout the novel which will be discussed in detail later in the piece. Dissociation can lead to diverse and severe kinds of disorders such as full mental fugues, more commonly known as amnesia, or personality fugues in which the person adopts full and discrete personalities, each one designed to cope with specific situations and completely unaware of the other personality’s existence, memories and experiences. McGahern’s character suffers a more mild form of dissociation in which he simply separates himself from the traumatic and unpleasant situations and helps himself start to take charge of the situation. He has separate ways of viewing the world, the most extreme coming during scenes of sexual and physical abuse.
It is not unheard of for children of child abuse to suffer from dissociative disorders, and: 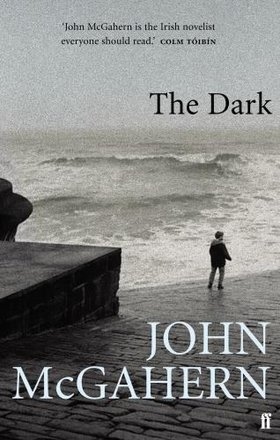