"Are You Loving Your Servitude?" 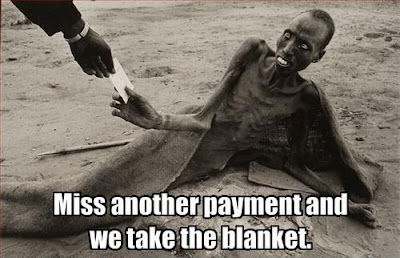 "Are You Loving Your Servitude?"
by Jim Quinn
“A really efficient totalitarian state would be one in which the all-powerful executive of political bosses and their army of managers control a population of slaves who do not have to be coerced, because they love their servitude.” - Aldous Huxley, "Brave New World"
“Every record has been destroyed or falsified, every book rewritten, every picture has been repainted, every statue and street building has been renamed, every date has been altered. And the process is continuing day by day and minute by minute. History has stopped. Nothing exists except an endless present in which the Party is always right.” - George Orwell, "1984" 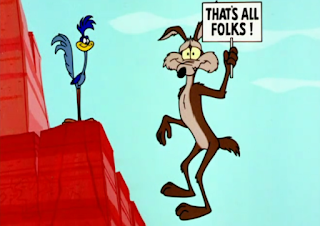 I can’t help but visualize our country as Wile E. Coyote hovering in mid-air after going off the cliff, about to plunge into the gully below, and then the anvil lands on his head. The events taking place, the actions of politicians, the blatant disregard for the best interests of the working class by the Powell and his Fed cronies, and the disgraceful display of mis-truths and misinformation spread by the media mouthpieces on behalf of their financial masters, has created a surreal spectacle of impending catastrophe.
I find myself asking whether I’m the one that’s crazy. I have trouble processing what I’m witnessing on a daily basis because the insanity of what is being done is incomprehensible for someone who believes in prudently managing their finances, obeying the law, valuing free speech, allowing free markets to determine winners and losers, having interest rates determined based on risk, and having the freedom and liberty to determine my future based upon my own efforts and initiative.
The part that has me most puzzled, because it seems inconceivable that politicians running large states and major cities would purposefully destroy their economies and businesses while encouraging the looting and burning of their communities, is this is all being done to defeat Trump in November. The economic and physical destruction wrought by the national lockdown for a bad flu and now this engineered race war is inexplicable, unless the true motive is still being hidden by the Deep State/Invisible Government oligarchs who are pulling the levers of this concocted scenario to introduce their new world order, based upon Marxist/Fascist principles and socialized economic policies.
It appears to be a controlled demolition with a nefarious purpose, which won’t be revealed until it is too late. And the majority, just trying to make a living, raise a family, live according to a social contract that worked for centuries, and find some enjoyment during their short time on this earth, are allowing themselves to be led to slaughter by incomprehensibly evil men seeking unlimited wealth, power and control over everyone on the planet.
In Part Two of this article I will attempt to decipher the true motives of the ruling elite and estimate a timeline for this crisis to play out."
- https://www.theburningplatform.com/
○

The corrupt establishment will do anything to suppress sites like the Burning Platform from revealing the truth. The corporate media does this by demonetizing sites like mine by blackballing the site from advertising revenue. If you get value from this site, please keep it running with a donation. [Jim Quinn - PO Box 1520 Kulpsville, PA 19443] or Paypal on the website.
- https://www.theburningplatform.com/
Back to Feed
Use left/right arrows to navigate the slideshow or swipe left/right if using a mobile device