Elon Musk Buddy Ready To Fix Education And The World

You may recall that Elon Musk started a school a few years ago, because of course he did. It was sort of a private school, sort of the most expensive homeschool project ever launched (Musk has five kids--one set of twins, and one set of triplets, so God bless him and his wife). He was single-handedly funding the thing (almost a cool half-mill a year). And now one of his buds is ready to spin it off and monetize it. 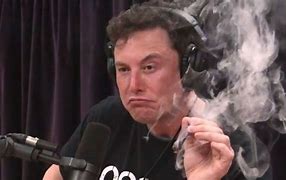 We have seen this process before--launch a boutique private super-school, then spin it off and scale it up into a branded product that provides sort-of-the-same-but-not-really educational experience for a broader range of customers. Max Ventilla, formerly of Google, tried it with Altschool, not entirely successfully. Summit Schools also followed this trajectory, looking to scale up a version of its original edu-product across the country.

Leading the investor bandwagon jumping this time is Anthony Pompliano, entrepreneur and investor and podcaster and investment letter guy, all under the name Pomp. He announced a new round of investment for this plan in his substack-- The Pomp Letter-- under the title "Fix The Education, Fix The World." So we're aiming high here.

Musk's original school was called Ad Astra, then Astra Nova, and will "this game-changing educational program" will be coming "to the mases" under the name Synthesis. After grabbing $1 million in seed money, Synthesis is now looking for a $5 million Series A investment.

So what is Pomp selling? "A weekly, 1-hour enrichment program for students who want to learn how to build the future." Ages 8 to 14, with 6 and 7 year old version coming soon. Students learn through games and simulations. Cost = $180/month. So, roughly $45/hour.

And who's actually running the thing? Well, the creative director and co-founder is the guy Musk hired to start Ad Astra--Josh Dahn. Dahn was hired away from Mirman School, a private school for gifted children located in Bal-Air. He worked at Mirman for two years; before that he spent two years in Las Vegas as a Teach for America 5th grade gifted specialist (his BA is from Miami University in Philosophy and American Studies). He's teamed up with co-founder/CEO Chrisman Frank, who engineered at ClassDojo for seven years.

Other "facilitators" include one who previously worked in the "national security realm" and "spent over a decade using strategy to combat threats in the domestic and  international spheres." A former actual rocket scientist from NASA JPL. An editor of animated feature films. A "data scientist" from Edtech and Lyft. Another rocket scientist. And one actual former teacher, a two time finalist for Illinois Teacher of the Year.

Also on the team is Ana Lorena Fabrega. POmp touts her as a former teacher, but her teaching experience is four years in a Panama elementary school and a couple of years as a NYU Student Teacher. She lists herself as "Chief Evangelist" for Synthesis.

Pomp is one of those folks who says that schools just teach "rote memorization." He says that "the lack of critical thinking and problem solving skills being taught in our education system should be a national emergency" and "if you want your child to be more proficient and better prepared for the real world" you should hop on board. "It works," he says, providing no evidence that might be used by critical thinkers who are critically thinking about someone who claims he can fix the world with an education-flavored product that involves very few educators and is priced far out of the range of a good chunk of the world that he intends to fix.

Dahn says that the goal was "to develop students who are enthralled by complexity and solving for the unknown" and that Synthesis aims to "cultivate student voice, strategic thinking and collaborative problem solving" and builds these skills "like no other education experience."

Frank might be the one guy here with some perspective--he calls Synthesis an "enrichment club" that teaches complex problem-solving and decision making" through "online team games."

As a pricey online education-flavored game, Synthesis might be fine. But I feel confident that despite one more rich smart guy amateur thinking he knows the secret to fixing education and the world, this is not going to do that.