Please note that many establishments throughout New England have modified their hours and/or operations in response to COVID-19. Always check for the latest information before making travel plans.

Positioned at Cape Cod’s bent “elbow,” Chatham, Massachusetts, has become an upscale seaside resort without losing any of its true-blue New England village charm. Sandy beaches, a lively Main Street scene, and lovely seaside lodging make Chatham both a convenient anchor for a wide-ranging Cape Cod vacation and a perfect place to hunker down for a week to get away from it all.

Ready for a visit? Then read on for our favorite things to do, places to stay, and restaurants to try in Chatham, Massachusetts. 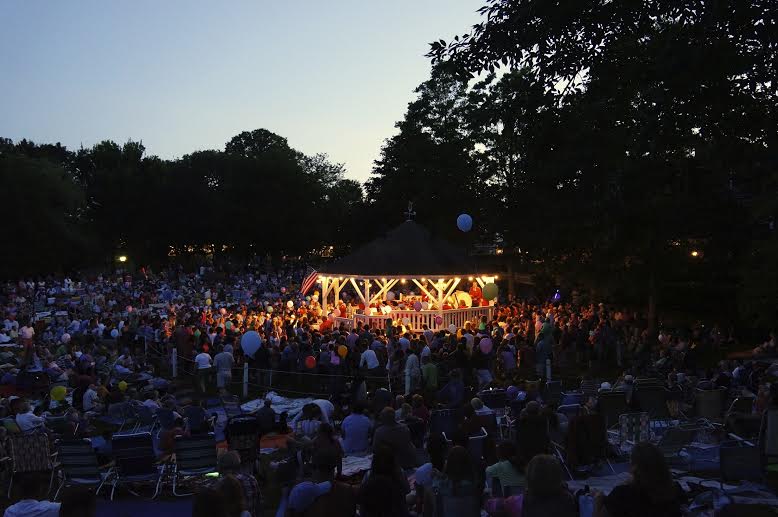 Best Things to Do in Chatham

Just as they have for more than 60 years, the members of the Chatham Band don their red uniforms and break out their sheet music at Kate Gould Park on Friday nights from early July through early September. The music starts at 8 p.m., but most concertgoers arrive early to buy sweets at Chatham Candy Manor before claiming their spots on the grass. Named a 2015 Yankee Editors’ Pick for “Best Band Concerts.”

Gentle surf, gorgeous views, and an endless stretch of sand make this family-friendly beach one of the Cape’s most treasured seaside escapes. FYI: Parking is limited, so catch the shuttle from Eldredge Service Station on Main Street.

Since 1885, top college players have shown their mettle every summer in the 10-team Cape Cod League — and in Chatham, local fans cheer on the Anglers. Ballplayers join the community, working part-time, and living with local families. Admission to regular-season games (each team plays 44 games) – at ballfields from Wareham to Orleans – is by donation. That’s a small price to watch tomorrow’s Major Leaguers play. Named a 2013 Yankee Editors’ Pick for “Best Pure Baseball.”

This history of lighthouse-keeping in Chatham goes back nearly two centuries, to when President Thomas Jefferson commissioned the first keeper of a lard-burning structure to monitor the safety of ships as they passed through the region’s rough waters. The current lighthouse was erected in 1877 and still serves as an active U.S Coast Guard station. Tours of the property are offered every Wednesday in August between 1 and 3:30 p.m.

Videos, interactive exhibits, and even virtual-reality programs give visitors an up-close look at the great white sharks and groundbreaking research that the center helps support. The journey also includes a look at the history of great white research as well as an exhibit on Frank Mundus, a legendary sports fisherman out of Long Island who not only caught the world’s largest great white but is also said to be the inspiration for the character of Quint in Jaws.

Spanning 7,604 acres, this seaside refuge is an important nesting and feeding habitat for migratory birds that features saltwater and freshwater marshes, dunes, and ponds. A visitor center is located on the mainland section of the refuge; nearby is a short walking trail that takes strollers through a variety of habitats. North and South Monomoy islands are accessible by boat only. 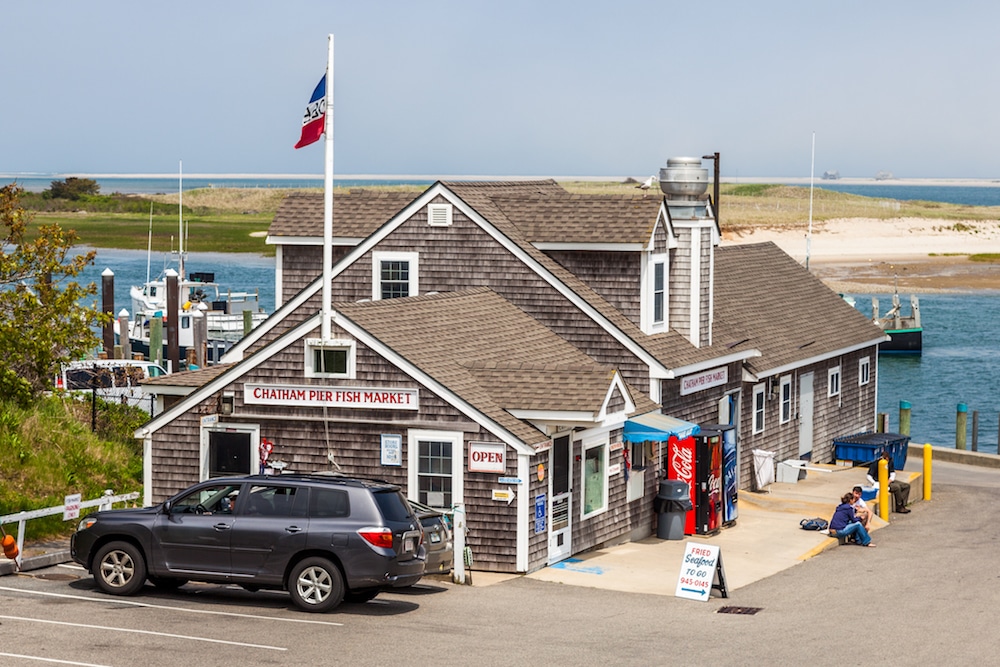 Hike down the steep slope of Barcliff Avenue, where this busy market dominates a busy working pier, and you might think our judgment has been swayed by the setting: the keening seagulls, the bobbing seals, the weatherworn fishing boats. But we’d choose this chowder even if it were spooned up miles from the coast. Rich with brine and clams, just creamy enough, never gummy, it’s worthy of a day’s journey from wherever you are. Named a 2018 Yankee Editors’ Pick for “Best Chowder.”

One of the rare restaurants that work with local weir fishermen as well as day boats, Pisces offers an ever-changing menu that’s a cheat sheet for the fish currently swimming in Cape waters. Its “coastal cuisine” draws on world sources, but the spicing is always secondary to the flavor of the fish itself. Named a 2016 Yankee Editors’ Pick for “Best Fresh Fish.”

Seafood is the name of the game, and here the choices do not disappoint — from lobster and Cape sea scallops to Chatham littlenecks and of course, Wellfleet oysters. Be sure to call ahead for reservations.

This popular downtown eatery has a bar menu populated with creative cocktails, from martinis to a delicious-sounding Monomoy Manhattan, while its dinner menu serves up a wide selection of seafood, pizzas, and salads. 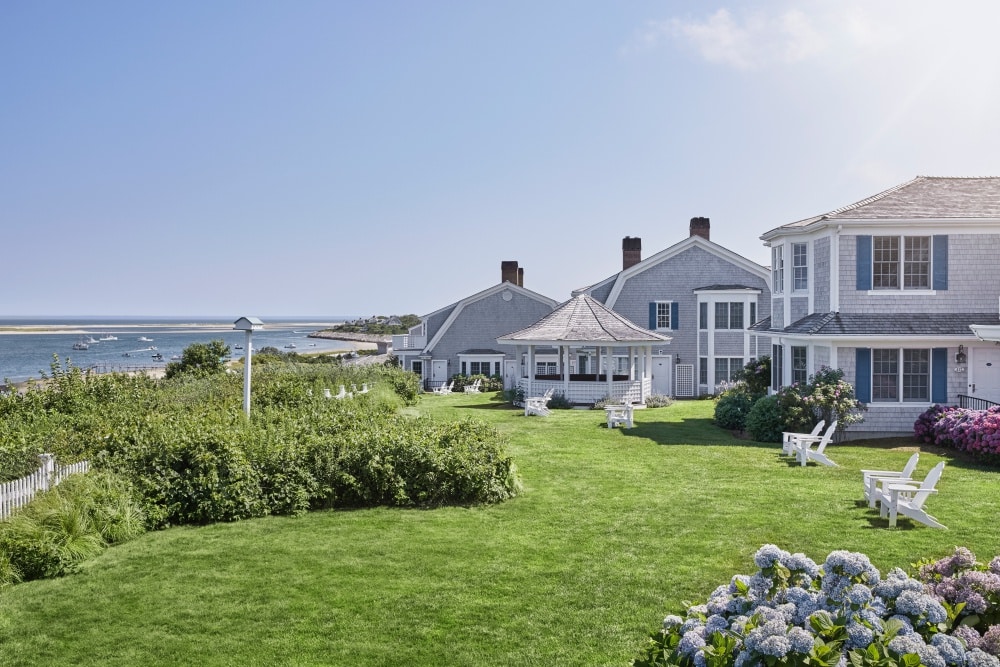 After the tykes have had their fill of the tennis courts, the private quarter-mile beach, biking, water sports, and the on-site farm, they can jump into hands-on and educational activities galore. All summer long, the tony resort offers a slew of programs that run from pirate cruises and seal-watching to clam digging and scavenger hunts, all led by CPR-and-first-aid-certified instructors who seem to be having nearly as much fun as the kids. Named a 2017 Yankee Editors’ Pick for “Best Family Lodging.” (Bonus: Check out our visit to the Chatham Bars Inn in this season two episode of Weekends with Yankee, our public television show in collaboration with WGBH.)

This English country–style oasis features 12 comfortably appointed rooms and puts guests within easy distance of Chatham’s downtown — not to mention Chatham Lighthouse, the home field for the Chatham Anglers, and those famous summer band concerts.

Fully restored in 2010, this eight-room guest house has welcomed guests since 1849. Perks include beach equipment, round-the-clock coffee bar, and a central but private location. During spring and summer, the inn’s gardens come alive with lush peonies, hydrangeas, fairy roses, and tulips.

This four-star boutique hotel is awash in luxurious touches, from marble bathrooms and guest room fireplaces to grand breakfasts and sophisticated dinners at its award-winning on-site restaurant.

The post was first published in 2019 and has been updated.