How STEM toys can benefit your children 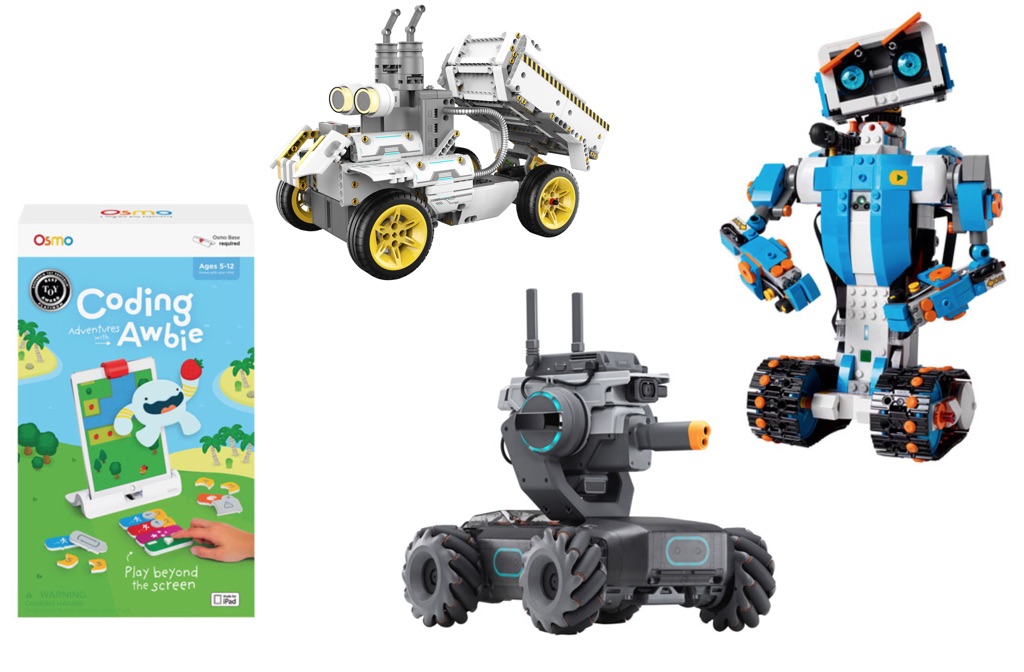 Do you know how STEM toys can benefit your children? If not, do you want to? If so, join me today as I explain some of the excellent educational benefits of STEM toys and provide a massive list comprising several of today’s best examples. I’ll be looking at everything from robotic balls and wheeled robots to coding games and build toys. There’s pretty much something for every child and every interest, so let’s get going!

What are STEM toys?

The acronym STEM stands for 4 of the most important fields of work and study in today’s global economy: Science, Technology, Engineering, and Mathematics. These categories are extremely broad in their range, encompassing a wide variety of jobs and disciplines that your child may choose to work in when he or she grows up. For this reason, it’s very important that kids get a good foundation in these subjects today, so that they’ll be competitive participants in the work force tomorrow. But just how exactly can toys help them with that? 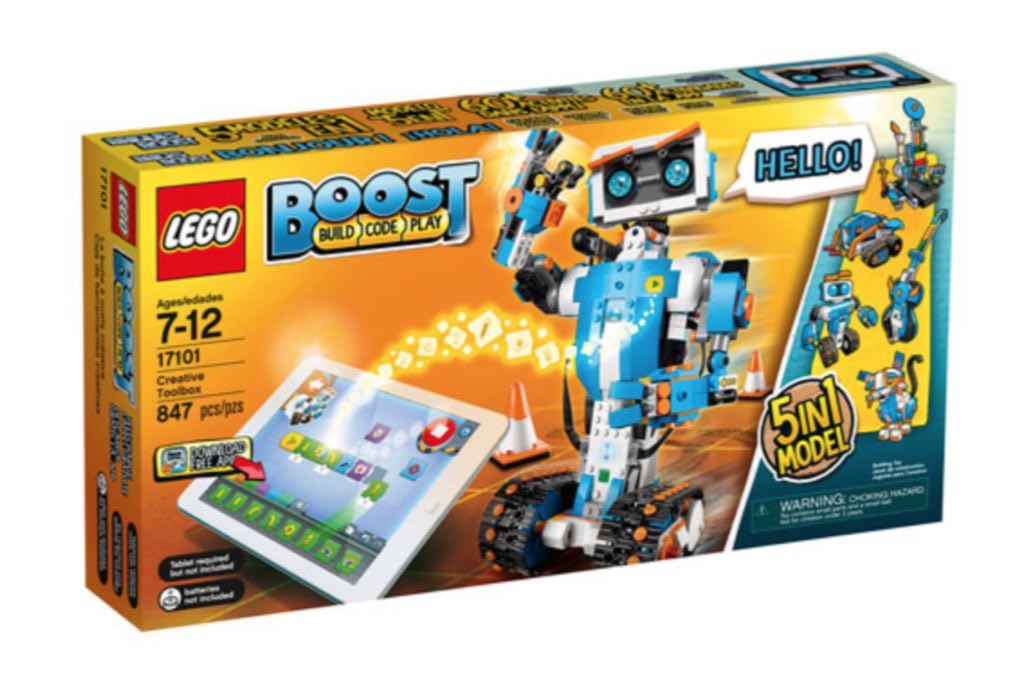 STEM toys come in a wide variety of different forms, but there’s enough overlap (similarity) between them that’s it’s relatively easy to categorize them. I’ve been thinking about just how to do this, and I’ve come up with the following categories of STEM toys: build kits (numerous bits and pieces that kids build into either specific forms or something from their own imaginations), robotic balls, wheeled robots, and coding games/activity sets.

In truth, most of today’s top STEM toys span at least 2, if not 3 or more, of these categories, so my classifications are certainly not perfect. Still, they give us a reasonable method with which to consider a few examples. 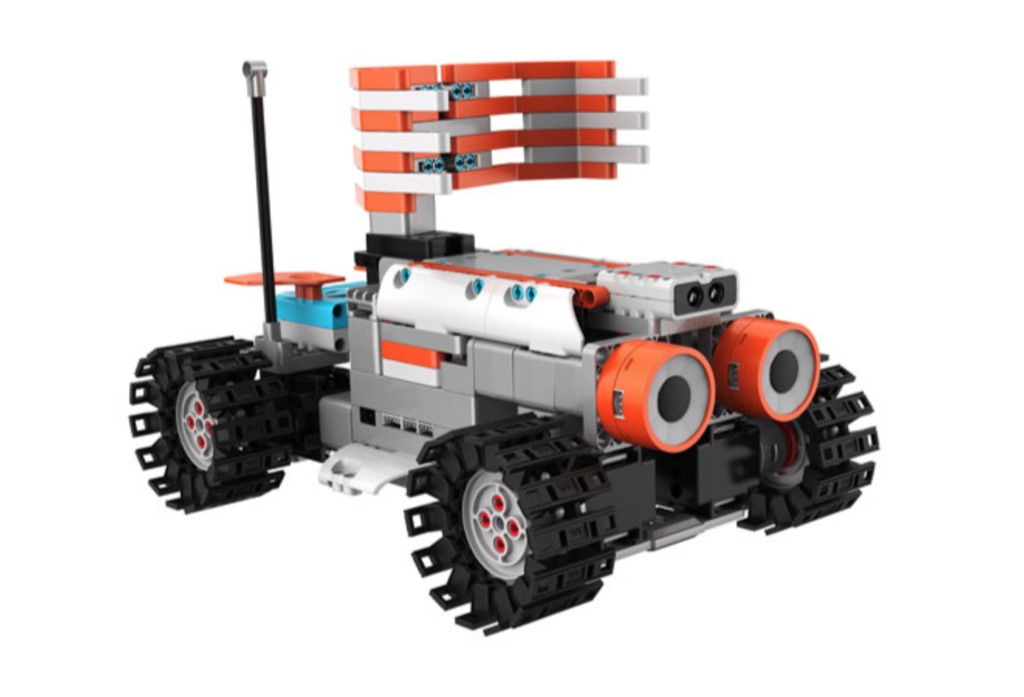 One of the most popular types of STEM toys available today is the widely populated category of creative build kits. These kits, which come with hundreds of individual parts and components that kids assemble themselves, allow kids to build robots, vehicles, and many other impressive creations, meaning they’re great for early aspiring future engineers.

The LEGO BOOST Creative Toolbox is one of my own personal favourite examples of a build kit. With 5 official builds (including a humanoid robot called Vernie, a cat, and even a guitar), this educational set (comprising over 840 total pieces) is perfect for kids ages 7-12, and it’s sure to both inspire their imaginations and aid in their cognitive development. 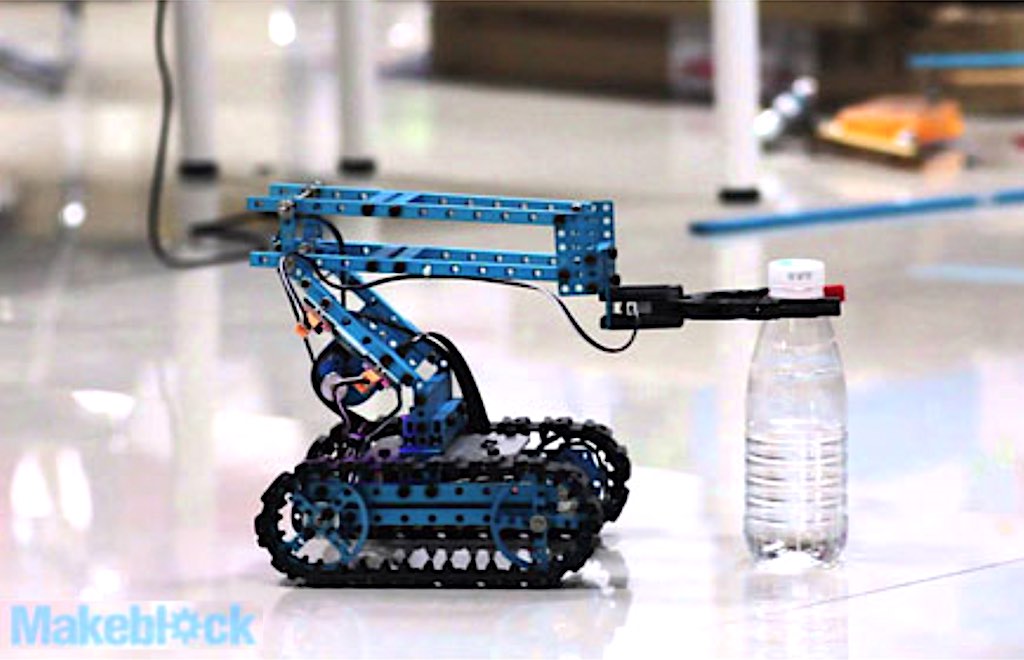 Another great thing about build kits like the LEGO Boost set, the Makeblock Ultimate 2.0 10-in-1 Robot Kit, the Jimu Robot AstroBot Kit, and the Jimu Robot BuilderBots: OverDrive Kit is that they provide a blueprint for kids to follow for building very specific creations (frequently more than one) while also allowing kids to create their own imaginative designs.

Once the project is assembled, there’s usually a dedicated smart phone app that allows kids to play with the kit in even more ways, such as by programming it to move around or perform any of a number of other cool functions. Since many of these kits come with small servo motors and various moving parts, it’s sometimes possible to make the finished builds do things like driving, picking up objects, lighting up, making sounds, and more. 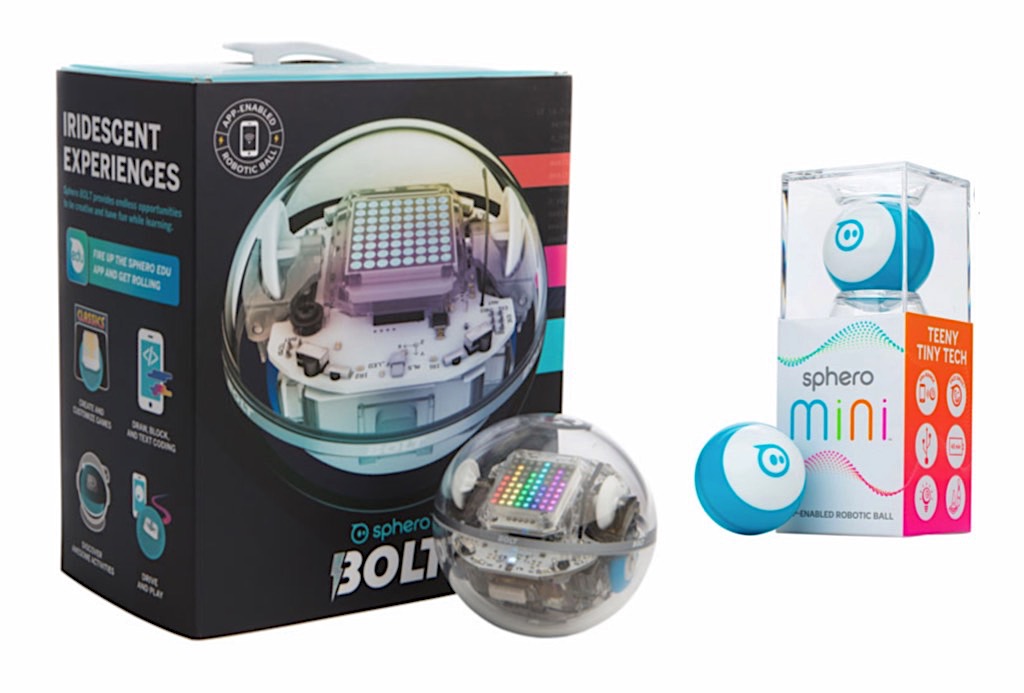 Robotic balls are another highly regarded and educational category of STEM toys made popular by Sphero over the last few years. Examples such as the Sphero BOLT Robotic Ball and the Sphero Mini Robotic Ball are not only fun and interesting to play with, but they also teach kids a variety of useful concepts.

For instance, robotic balls are particularly good in the realm of computer coding and programming, teaching kids the basics of using coding languages to get computers and/or robots to do what one wants them to do—a highly marketable skill that some kids will turn into a very successful career once they’ve grown up. Robotic balls also help kids to learn about algorithms and mathematical equations and other similar concepts, making them extremely useful for kids of all ages. 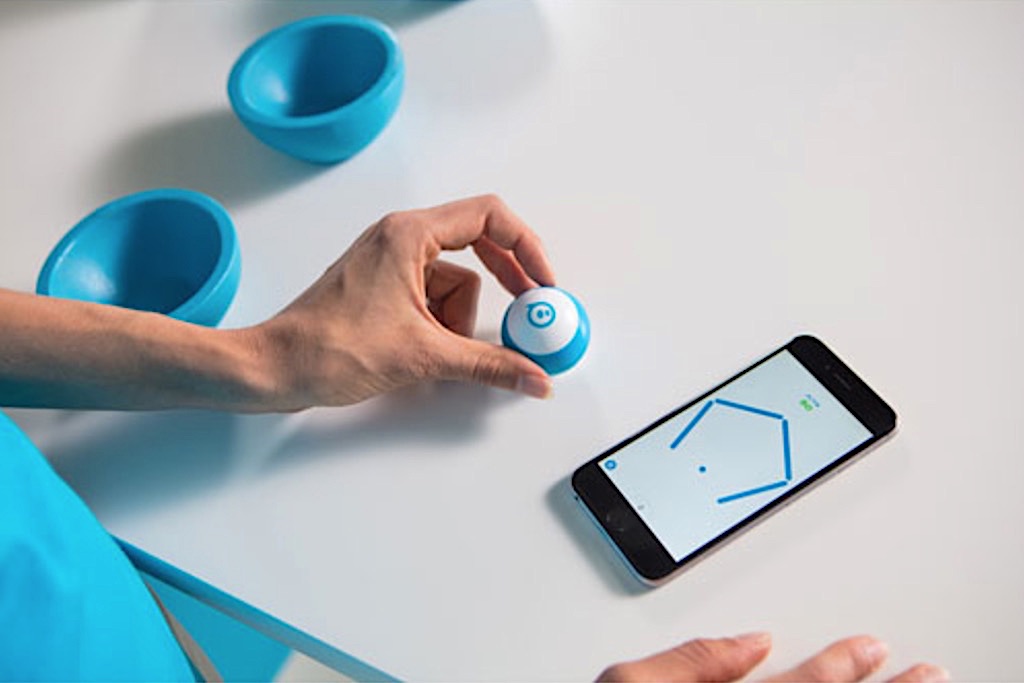 As the balls themselves are essentially round, rolling robots, kids can program them (via special dedicated apps) to roll where (and how) they want them to go, such as making them follow a particular path or maze. Kids can also program them to light up (or flash) in millions of bright colours, and some robotic balls (like the Sphero Mini) even allow kids to control in-app games using the ball itself as a fun video game controller (as shown in the image above).

Wheeleed robots like the Sphero RVR All-Terrain Programmable Robot, the DJI RoboMaster S1 Educational Robot, and the Makeblock mBot Bluetooth Robot are all great examples of robots that kids can control themselves, making them drive around and do many other cool things via Bluetooth or Wi-Fi control. 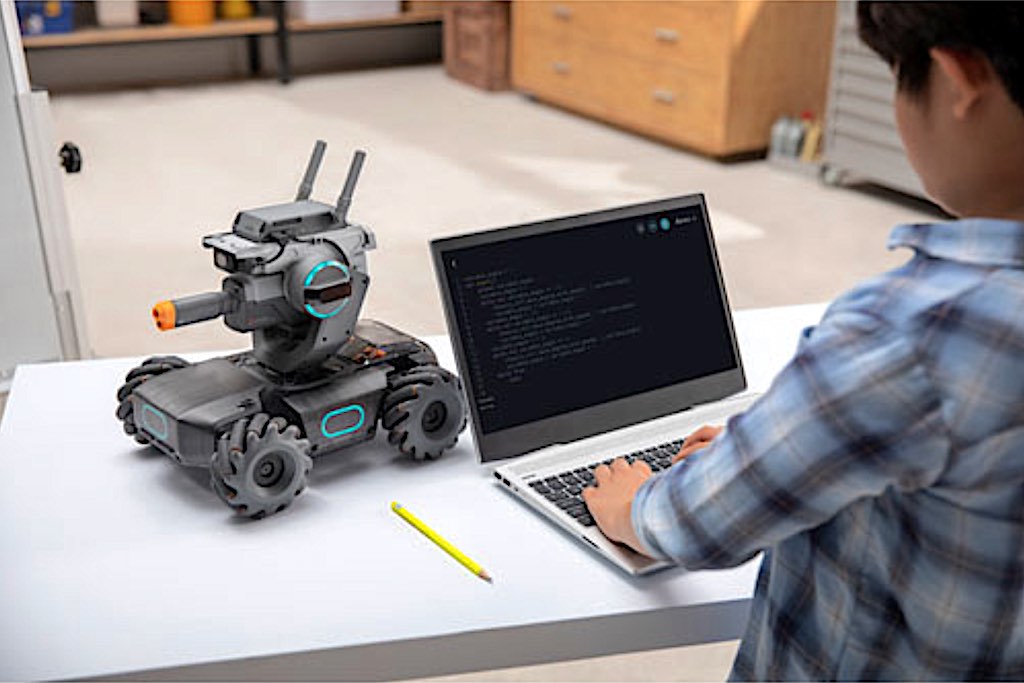 The DJI RoboMaster, for example, is not only capable of driving around at a relatively impressive speed with a high degree of maneuverability, but it can also record footage of what it sees thanks to a built-in camera and gimbal. Cooler still, it can play a form of laser tag with other RoboMaster robots controlled by your child’s friends, and it can even engage in an all-out airsoft pellet war using special water-based BBs.

I actually reviewed one of these amazing robots myself a few weeks ago and was super impressed by it. It’s AI capabilities alone make it a must-have for fans of artificial intelligence and advanced robotics, though I do consider it to be directed more towards older kids than really young ones. 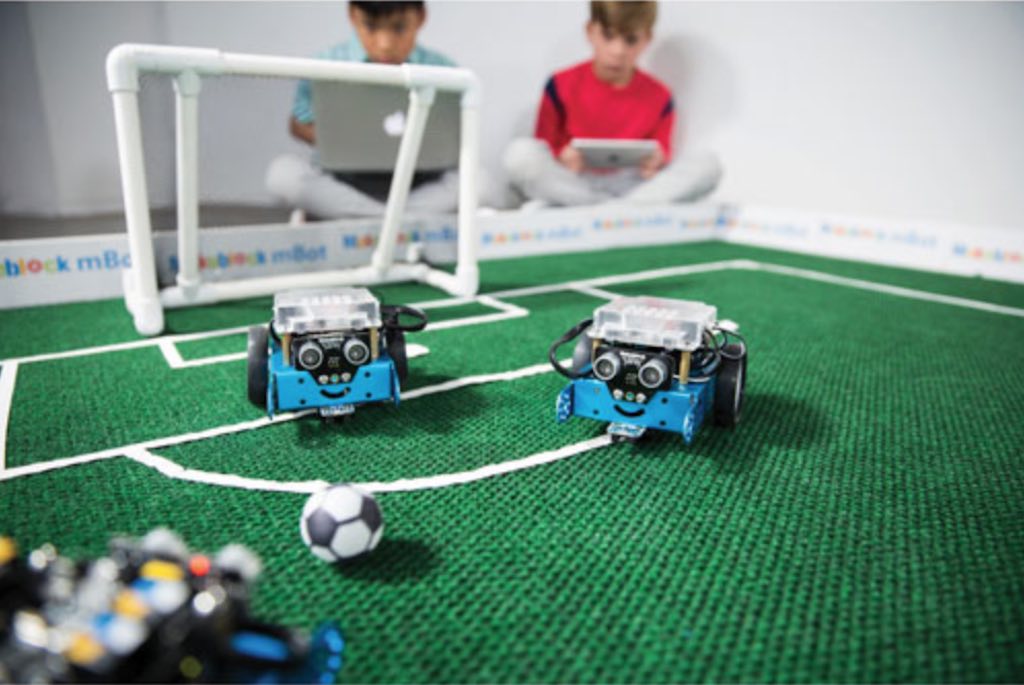 Proving that my categories for dividing STEM toys are far from perfect, toys like the DJI RoboMaster and the Makeblock mBot could easily have been placed in the build kits or coding product categories. Both are robots that kids assemble themselves, and both teach kids a considerable amount about computer/robotic coding and programming. 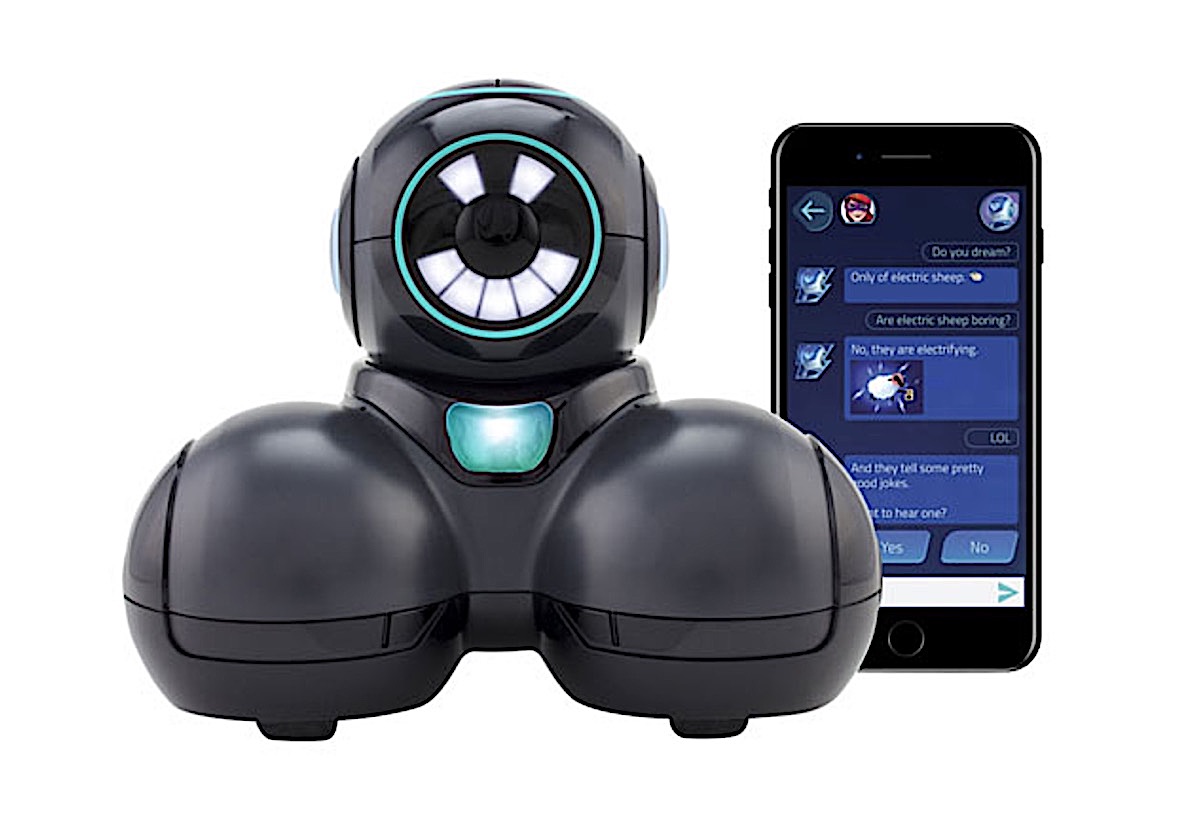 Finally, in the coding games and robots category are the Wonder Workshop Cue Interactive Robot Toy and the Osmo Coding Adventures with Awbie game. Both of these toys teach kids valuable lessons about computer coding and programming, though they each do it in their own unique way.

The Wonder Workshop Cue is a fun and interactive robot featuring emotive AI and a variety of educational games. Kids interact with him through a special app on either an iOS or Android based smart phone. Cue can tell jokes, send texts, and he’ll even help kids to learn both the Block & JavaScript programming languages. He’s a fun and funky robot who’s ideal for slightly older kids (11 and up is the recommended age range). 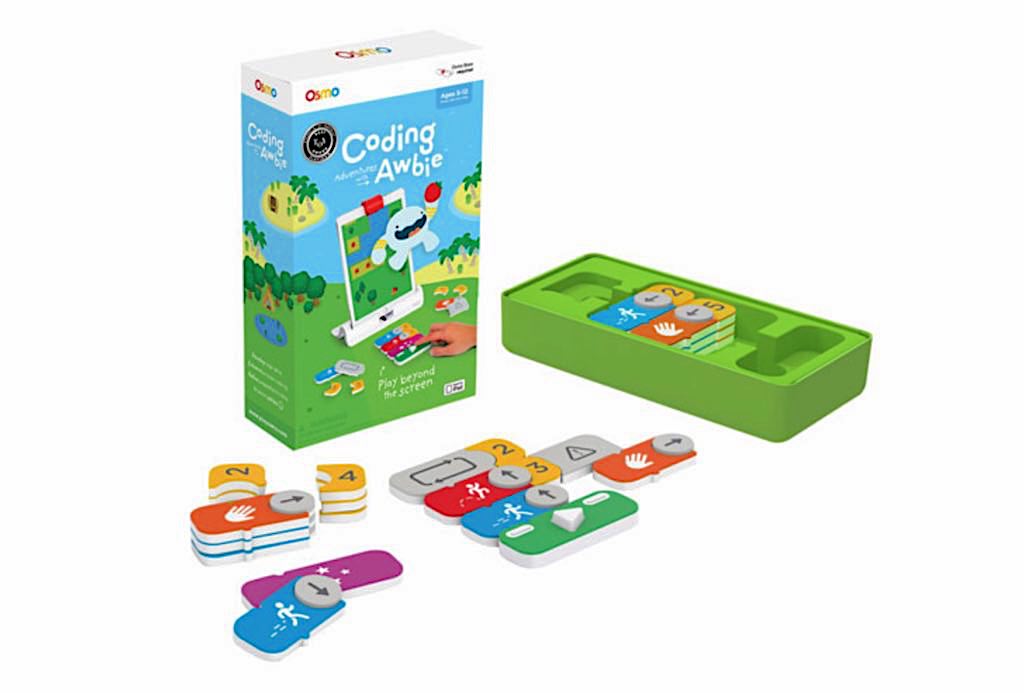 Then there’s the Osmo Coding Adventures game with the strawberry-loving monster Awbie, which teaches kids ages 5-12 the basics of coding through fun, interactive games whereby they must guide Awbie through an amazing strawberry-eating adventure. Kids place directional tiles down to create an algorithm that describes the path they want Awbie to take, and Awbie then follows the path on their iPad screen. Of course, this game does require both an iPad and the Osmo game system to work, so do keep that in mind.

And there you have it—a whopping selection of popular STEM toys and how they can benefit your children. For these and more educational STEM toys and products, visit Best Buy Canada online today.

The post How STEM toys can benefit your children appeared first on Best Buy Blog.