'I Don’t Know How Anyone Is Not Saying Or Doing More’: Megalyn Echikunwoke On The Extent Of Her Activism 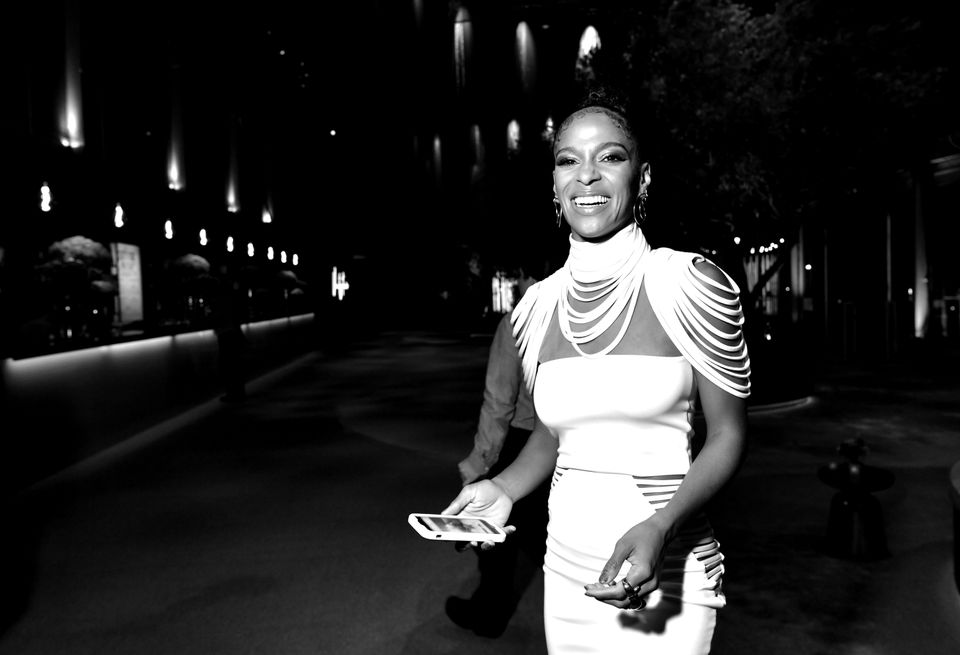 Given the news cycle right now, it’s no surprise that more of us than ever seem to be self-defining as activists. It feels natural to want to respond to injustices, like the death of American citizen George Floyd, by protesting in some form.

But in an age where social media ‘events’ such as #BlackoutTuesday are defined as activism, are we throwing around the word too readily? Are many of us actually being passive allies to movements like Black Lives Matter by supporting using our social media feeds, but not with our wallets and our actions?

The debate around what constitutes allyship and activism has never felt more pertinent. After all, what’s the benefit of calling out injustices among like minded friends if we aren’t taking our message to people outside of our social circles? 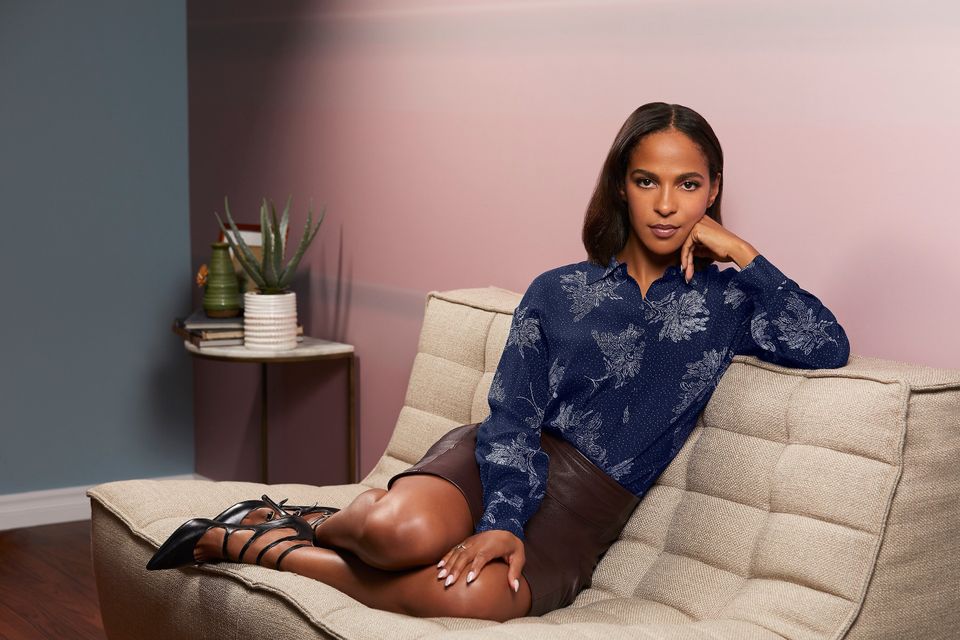 While many of us are in the early stages of educational discovery, learning about the best ways to support organisations like Black Lives Matter, actor Megalyn Echikunwoke seems leaps and bounds ahead - not that she was aware of the extent of her activism until now.

“I don’t really think about it that much,” she tells HuffPost UK. “I don’t approach it like, ‘I’m doing this’ - I just sort of do it. But I’m actually realising I do all these little things. It feels really great.”

During the height of the LA protests following the murder of George Floyd, Megalyn was in the thick of it. “I literally remember running away from a burning cop car with a bunch of people,” she reflects.

“The energy was really infectious, it was really wonderful to be there and to see it and also to see first hand what the intentions are. [The police] came out with the intent to abuse people and that’s exactly what happened, and it turned into - well you saw the news, you saw what it turned into...”

The actor is known for her roles in major American TV shows like That 70s Show, 24 and House of Lies.

She’s speaking to HuffPost UK to promote a children’s story developed as part of the GEANCO charity’s STOR14S series, raising money to support the Covid-19 relief effort in Nigeria, where Megalyn’s father is from.

Listeners can stream The Diary of Primrose Goldie Gold online, donate, and listen to others in the series, read by actors including Benedict Cumberbatch, David Oyelowo and Thandie Newton. 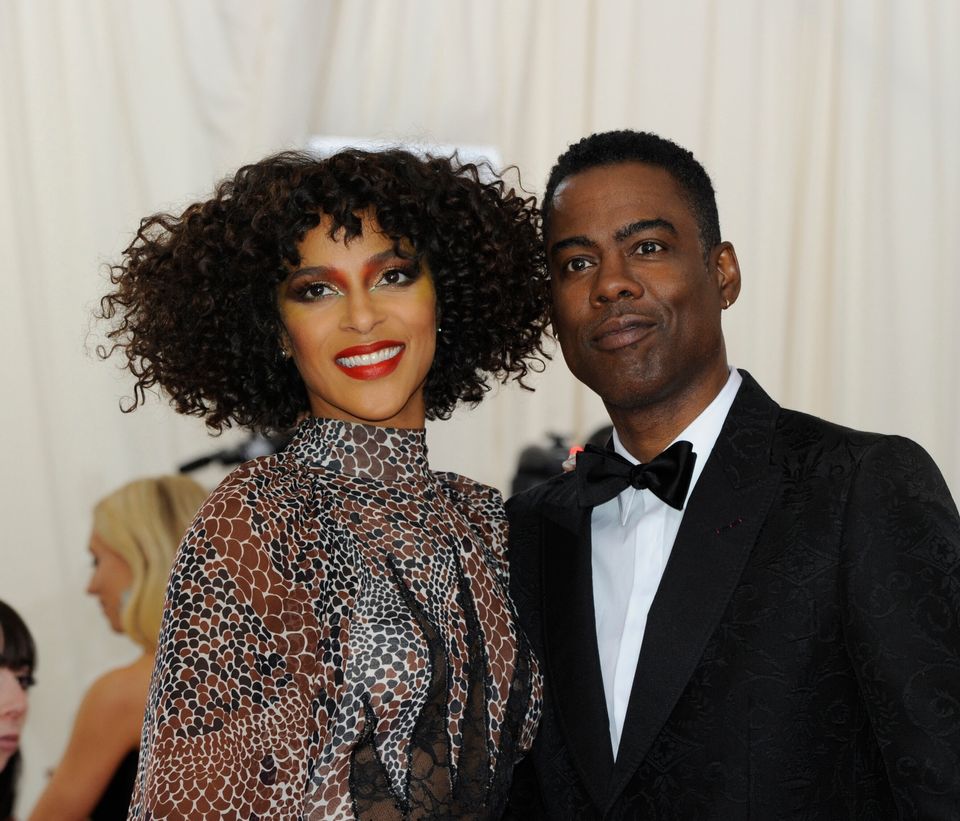 The charity series is the only work Megalyn has had on since the lockdown, other than using her platform to spread messages about equality organisations.

“It’s nice to get up and have an interview about something!” she says chirpily. “There’s no work, no one’s working.”

She has decided to take a breather from the intensity of Los Angeles and disappear to a small coastal town for a short break. She’s ordering breakfast when we speak, fitting in bites between impassioned chat.

“I met Afam, founder of GEANCO, and his father at an African first lady’s summit in LA over ten years ago,” she remembers. “I fell in love with them - at the time the charity was so tiny. They were like, ‘yeah it’s named after me and my sister and this Nigerian doctor,’ and Afam’s dad is so adorable and so I kinda just latched onto them because I really believed in what they were doing.”

Megalyn also has her own plans to work more directly on development projects in Nigeria and she hopes to return to the village her father grew up in to offer support in some form.

“I loved the story,” Megalyn offers. “I haven’t actually played that many children so I was really excited… I love Afam’s ability to find really creative ways to amplify the work of the charity. When he asked me it was a no brainer. I love being able to use my work to actually make a difference instead of asking people for money or donating money myself.”

No matter whether it’s the Covid-19 relief effort or supporting organisations to end racism, Megalyn’s feelings about modern day activism are complex: she aligns with the idea that posting on social media can be effective, but also indirect and at worst tokenistic. 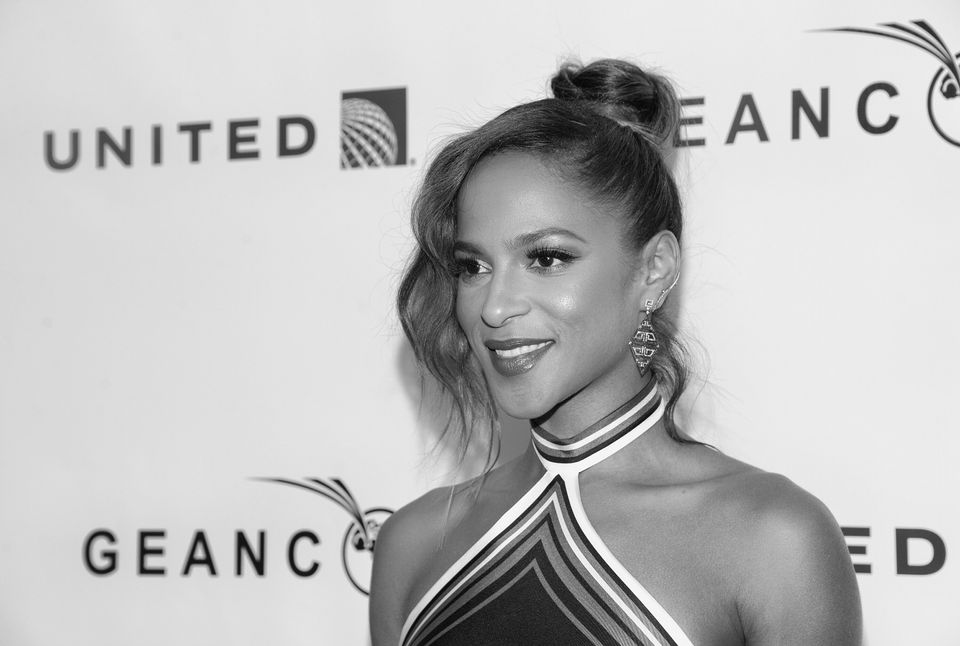 “If I have it my way I would never look at social media, I wouldn’t have an account, I would let someone else do it but that’s not how it is right now,” says Megalyn.

Under lockdown Megalyn has published a raft of messages about the racism protests on Instagram and feels grateful when people say they like them, or she hears they have led to more donations, or people taking direct action.

On the other side of the coin, more troublingly, she feels perplexed by what she perceives as a lack of action on social media after a major news event breaks.

She recalls hearing about murders taking place before George Floyd, publicised on Instagram to little fanfare. “Nothing would happen,” she says.

“I felt people would talk a big game on Instagram and do nothing and say nothing. And I also felt that the stuff that I posted pre May of 2020, quote unquote ‘activist stuff,’ felt very seamless, it didn’t feel radical or anything.

People would say 'woah, you’re such an activist!' I was like, 'am I? Is this really so brave of me?Megalyn Echikunwoke

“People would say ’woah, you’re such an activist, you’re really out there saying something!” and I was like, ’am I? Is this really so brave of me? I’m just out there saying that what I’m seeing is out of control and so upsetting,” she says.

“I don’t know how anyone is not saying more or doing more - and not to say that I’m some crusader or that I’m responsible for all the amazing things that are happening: no, I’m a tiny voice.

“But I did find it really interesting how taken aback people would be about the things that I would post that I didn’t find very inflammatory or particularly profound, I would just say what was happening, what was real, what was true, what was important to talk about.”

After her break, Megalyn will return to LA, although she describes a city of “no work.” There was chatter about studios reopening, but bosses are getting cold feet about a second wave of the virus, she fears.

In the meantime, the 37-year-old is channeling her concerns into her writing, getting out on the page what she cannot in front of the camera.

“It’s been a great time to focus on the things I want to do personally and shift into more of a creator mode,” she says.

One story she’s working on is about a mentally ill man and the impact the American criminal justice system has had on his life. Perhaps she veers towards issues-focussed roles but she reminds me she “likes comedies too!”

Megalyn’s also developing a coming of age story about a woman from the Niger Delta area of Nigeria, growing up in the midst of environmental terrorism and trying to figure out her identity and sexuality.

Until there is work in front of the camera, Megalyn will continue real-life activism in any way she can. Another string to her bow is her involvement in an organisation called The Voices of a People’s History.

“I perform songs for them. I love being involved in things like that - that’s what I do, you know?” she says. “I can post an Instagram post all day long but that’s not what I do, I’m not an Instagrammer, I’m an artist...”

In an age where many of us are fighting to be better activists, and to use our voices to amplify the concerns of people of colour, queer people and disabled people, the stories of the work of passionate individuals like Megalyn Echikunwoke cannot be too frequently heard.