Love is Infinite, Time is Finite 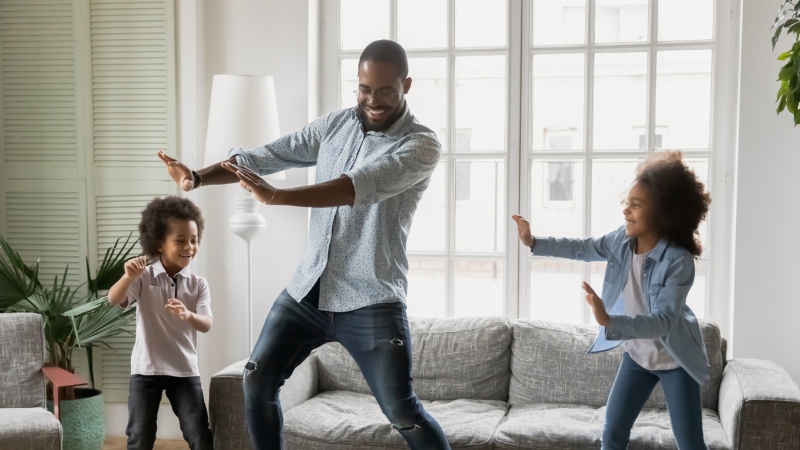 I love my children. That’s not a particularly controversial statement to open with. But I do — it’s the strongest emotion I have, to the point it’s often overwhelming. As soon as my daughter was old enough to handle basic conversations, I would ask her, ‘do you know how much I love you?’

She would smile, knowingly, and reply, ‘all of it.’

Why, then, do I feel guilty having the same conversation with my son?

I don’t love my son any less or any differently. But if my daughter is around when I tell him this, I’m quick to point out that love isn’t something you have to share — I just can’t shake this desire to explain myself. When I give all my love to one child, I tell her, it doesn’t detract a single bit of the love I have for the other.

This doesn’t stop her from occasionally giving me suspicious glances, like I’ve somehow betrayed her. While my love may be infinite, my time is not. To a child, love is easily confused with time. And in practice, that confusion is easy to understand.

When our daughter was born, she was our whole world. Every conscious moment was spent caring for her, entertaining her, or thinking of her. There was nothing on this planet that could compare to her importance, so nothing could compete as a distraction. She had every ounce of our love and every second of time we could offer.

I knew the rhythm of her breathing, the meaning behind every movement, her every preference. I could probably have told you how many times per minute she blinked.

The we had our son. He’s our whole world too. Every bit of him is just as special as every bit of her. But this time there was a distraction that could do more than compete.

I wanted to sit with him on my lap and just look at him. Make faces, get to know his every expression or gurgle, really bond. And I did — for a minute or two. Then a distant noise would tell me our two-year-old daughter was clambering up the stairs or trying to open the front door to the main road beyond.

It wasn’t the same — it couldn’t be. I felt so guilty for not being able to offer him the same care and attention I had provided for her, while simultaneously feeling awful for taking away something she had had her whole life.

You can’t do the impossible

My daughter has loved him from the very beginning. He was like a new toy for her, he belonged to her (we told her as much — we thought it would help combat any jealousy, and it did). But sometimes she didn’t want to be a mother, she wanted to be the baby again.

Often, that wasn’t possible. Simply put, his needs were greater than hers. If he was hungry, this needed to be addressed before windows began to shatter. If his nappy needed changing, her games had to wait until we were no longer choking on his fumes. When only one parent was around, any of her requests were necessarily secondary to preventing him from rolling off the sofa and landing on his face.

As he began to grow, she had already spent most of her bank of great ‘firsts’. She would put on a ‘show’ (usually a theatrical dance performance or something with puppets) but if his babbling sounded dangerously close to his first word, or he threatened to crawl for the first time, that’s where our attention had to be.

I’d feel guilty for not filming his every breath in anticipation of a ‘first’, as we had done with her — what will that feel like for him when they’re watching the recordings as adults? More immediately, the effects of failing to elaborately demonstrate our enthusiasm for her artistry were impossible to ignore.

There is no wrong or right

I’ve heard it claimed that it’s cruel not to give a child a sibling — this is nonsense, and frankly offensive. I’m an only child and loved my childhood — I don’t miss a sibling that never existed. I always felt like the centre of my mother’s universe, which has had an immeasurably positive effect on my sense of self-worth.

But looking at the relationship my children have together, there is no question that they benefit in other ways. Sometimes, the realities of life mean I am unable to give either of them any of my attention. They still have each other for entertainment, for company, and spend the time subconsciously developing skills like non-verbal communication.

Conflict resolution was something I struggled with as a child — my two get daily practice. While it is tempting to rush in at the first sign of a squabble, I often hang back to see how it plays out — increasingly, they are able to de-escalate the situation themselves, ultimately strengthening their bond.

And it’s great to see them bond so tightly with someone other than us. My daughter seems to really understand the nature of her brother’s dependency and the responsibilities that arise from that, while he has a excellent role model to learn about care-giving.

The point is, there is nothing to feel guilty about — children will draw the best out of any situation.

That doesn’t mean there’s nothing you can do

While parents of more than one child shouldn’t feel guilty for the loss of one-on-one time, it can still be beneficial to make time for such interactions wherever possible. Perhaps that’s the wrong word — we’ve established it’s finite — but we can at least manipulate the time we have as best we can.

Age-appropriate activities can be a challenge when both are present, so I aim for things she might otherwise miss out on. It may be something educational like maths or science (she loves learning about space), it could be taking the time to answer complex questions she has about the world that deserve details and empathy, or it might even just be a computer game that would be frustratingly challenging for her brother.

On the other hand, my daughter’s ability with a pencil is rapidly improving, so often she gets engrossed in producing artwork. If I can, I try to use this time to have conversations with my son, because all too often we tend to speak at the youngest member of the household.

I like to let him show off things he’s learned or play games he can improve at without feeling inferior next to his sister. Even if it’s something as simple as watching him complete a jig-saw puzzle without his sister’s nimble fingers for competition, he clearly benefits.

Whenever possible, we like to give them one-on-one time before bed. It’s good to let them listen to a bedtime story without distraction, so they can absorb whatever unsubtle moral has been skilfully shoehorned in. But it also calms them and gives them a chance to get anything off their chest that may have been weighing on them that day.

Opportunities can be sparse. More often than not, these valuable moments are like tiny islands in a sea of madness. But like us, children remember the significant things in life — they’ll notice even if they seem like they don’t, and in the long run appreciate the effort. They might not always understand the difference between time and love, especially early on. But they’ll learn.

All this might not stop you from feeling guilty, but it should help to know you’re doing all you can. And if you ever doubt whether they understand just how much you love them, tell them.

Tell them you love them every day. I know, for many, this level of affection can seem like too much. But when love is infinite, there’s no such thing as too much.

Join The Good Men Project as a Premium Member today.

The post Love is Infinite, Time is Finite appeared first on The Good Men Project.