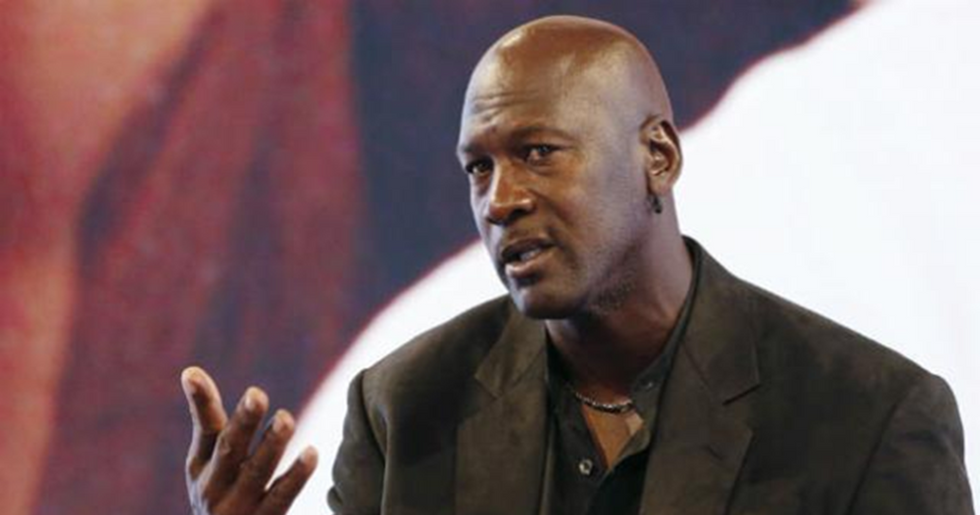 Michael Jordan announced on Friday that he and his Jordan brand will donate $100 million over the next ten years to improve "racial equality, social justice and greater access to education." The move came after George Floyd was murdered by a Minneapolis police officer.

"We have been beaten down [as African Americans] for so many years. It sucks your soul," he said according to The Washington Post. "You can't accept it anymore. This is a tipping point. We need to make a stand. We've got to be better as a society regarding race."

Jordan condemned the murder of Floyd in a public statement on May 31.

Jordan has yet to decide how the money will be allocated.

"We haven't yet figured which vehicles to utilize," Jordan said. "But it's first about making an effort. It's not just [donating] money. It's the act of calling on all of us to take a look at ourselves. That's an important start."

Jordan's efforts will have a focus on improving education in the black community.

"My parents always stressed that education was how you best bond with other people. Education is the best route for black people to better themselves. To compete to be the best you can be, you have got to be educated," he said. "If you look at this country, that helping hand [to get a college education] is the best chance to stand up on your own."

The NBA Hall of Famer who's often referred to as the Greatest of All Time has had an about face over the past five years when it comes being political. He's been criticized throughout his career for refusing to touch America's third rail.

His lack of political activity became a topic of conversation after it was covered in the recent ESPN Jordan documentary The Last Dance. In 1990, Jordan was asked to speak out in support of Democrat challenger Harvey Gantt for the U.S. Senate race in North Carolina.

Jordan responded by flippantly saying, "Republicans buy sneakers, too." He still stands by the statement to this day.

"I don't think that statement needs to be corrected because I said it in jest on a bus with Horace Grant and Scottie Pippen," Jordan said. In lieu of speaking out, Jordan made a monetary contribution to the Gantt campaign.

However, over the past five years, Jordan has been vocal about a number of political issues.

In 2017, Jordan, who was was raised in North Carolina and owns the Charlotte Hornets, spoke out against the state's anti-trans "bathroom bill" that led the NBA to move its All-Star Game out of Charlotte.

In 2016, he gave $1 million each to the International Association of Chiefs of Police's Institute for Community-Police Relations and the NAACP Legal Defense and Educational Fund.

The six-time NBA champion hopes that his work will help people take a deep look at themselves to see what they can do to help curb racial inequality in the country.

"Face up to your demons. Extend a hand. Understand the inequalities," he said according to The Washington Post. "Sure, it's about bargaining for better policing, but it's more. We have encountered racism to be somewhat acceptable in certain circles."