Netflix in your Homeschool

Welcome back to Blogging Through the Alphabet 2021.  This week we are looking at the letter N.  My co-host Desiree over at Our Homeschool Notebook is talking about N is for Ninjago.

Netflix is not the first thing you think about when considering resources for homeschooling.  However I can assure you that we have enjoyed many great docudrama's, true story movies and educational series on their service here in Australia. 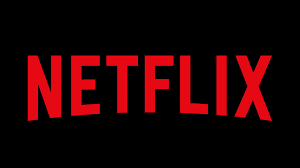 
Here are a few ideas to get you started. When doing a search use words like: documentary, history, science, math etc

Please note that I have not watched all of these.  If they are on here it is not a personal endorsement of the show.  Please do your own research BEFORE you watch a show to see if it is suitable for the ages and maturity of your children.

These are some of the titles I found that looked interesting from an educational point. IF a show has two ** asterisk before the title it indicates I have watched it and enjoyed it.

What are some of YOUR favourite educational shows on Netflix?


Find the other ABC posts in this series here:

This Week over at Our Homeschool Notebook the topic is N is for Ninjago.

...
Back to Feed
Use left/right arrows to navigate the slideshow or swipe left/right if using a mobile device