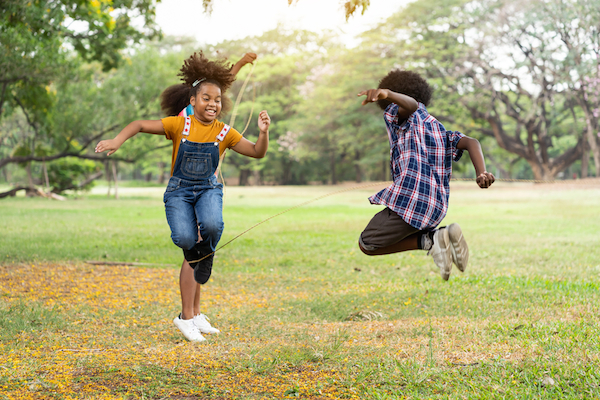 Though my five kids are growing up with today’s modern technologies and can often be found on a comfortable couch or in their rooms with their cell phones, gaming computers, laptops, XBOX, or Wii game systems, they do engage in some healthy activities like dancing at Pulse in Housatonic, taking walks with me around our neighborhood, or swimming in our backyard Intex pool. When I was a kid, we spent countless hours outdoors since we lacked the digital distractions that are ubiquitous in today’s society.

Growing up in quaint bucolic Egremont, we only had five television channels–3 and 6 were the same network programming, 10, 13, and PBS (which was mainly adult content and educational television that we only tuned into for “Davie and Goliath,” “Sesame Street,” “The Electric Company,” or “Vegetable Soup”). None of the channels ever came it crystal clear, but to get the best grainy image possible, one of us would stick a hand out the side living room window and manually turned the rusted steel pipe connected to our roof antenna while another sibling yelled “stop!” at the moment the screen flickered into something, then back up slowly until it came in. After hours of Saturday morning cartoons, my mom would abruptly turn off the TV, and sternly instruct us to “Go outside.” A chorus of moans and groans ensued, and mom needed only threaten to put us to work to assure our immediate exit.

After a rousing round of “Who Can Hold Onto The Electric Fence The Longest,” grazing on garden vegies or wild blackberries from the bushes along the barbed wire fence around the back pasture, and washing it down with a good long drag from the hose on the side of the house, the rest of the day was spent climbing trees, making forts, riding bikes, or exploring my grandpa’s hill or barns. My six siblings and I spent much of our weekly free time outside playing games, sometimes with the kids in the neighborhood.

Before any game, we first had to choose who was going to be “it.” We’d all put out our fists and the counter, who used his/her chin to count off since the other fist was pounding around the circle, would recite the familiar “Bubble gum, bubble gum in a dish,” “Eeny, meeny, miny, moe,” or our usual “One potato, two potato, three potato, four” verses. Depending on how many players we had that day, determining who was “it” could take a considerable amount of time itself. I recall playing games like “Red Light, Green Light,” “Mother May I,” and “Red Rover,” which left you at the mercy of the “it” person, who could make the experience fun or miserable for you, depending on where you stood with that person that week. There was often a fatality during “Red Rover,” which ended with my mother telling the neighborhood kids to go home and instructing us to go “find something constructive to do,” so that game was soon abandoned.

Besides regular “Hide-and-Seek,” we played “Sardines,” which was a somewhat backward version of the game. Instead of everyone hiding and one person seeking, one person would hide and the others would seek. When found, you’d hide with the person and soon become like a pack of sardines. “Ghost in the Graveyard” was played at night. The chosen “ghost” would run and hide while the rest of us counted in the dark, then turning on our flashlights and calling out “ready or not, here we come!” ran and searched. Whoever found the ghost yelled, “Ghost in the Graveyard!” and we’d all scramble back to base before being tagged and becoming the next ghost.

Many forms of “Tag” were played in our childhood game-playing repertoire. “Freeze Tag” being the most popular. Variations included: “TV Tag” (where you had to call out a TV show in order to resume play), “Tunnel Tag” (where you had to crawl through someone legs to unfreeze them), or “Flashlight Tag,” which my sisters called “German Lights” (a nighttime backyard game, where rather than physically tagging a person, the stationary “it” player would shine a flashlight around and correctly identify anyone in the spotlight).

“Spud” was a great deal of fun. We’d count off, and then the “it” person threw the ball straight up as high as possible and shouted out a number. Everyone ran, save for the person whose number was called who caught the ball, and yelled, “Spud!” signaling everyone to freeze where you were. The person with the ball would then try to hit the others. If you were hit with the ball, you got a letter (first S, then P, U, and D), and when you spelled SPUD, you became “it.”

“Ditch-it!” was a game we invented that was played during any outdoor game. At dusk or dark, if a car came down our street someone yelled “Ditch it!” We all had to hide or jump in or behind the nearest bush before the car’s lights hit us. No penalty was prescribed to what would happen if you didn’t “ditch it,” but we all abided by this call every time we heard it.

One of our favorite outdoor games was “Kick the Can,” which we often played with our neighbors Keith and Ronwyn Ives. We’d place an aluminum can in the middle of the front yard, then ran off and hide while the “it” person counted, and then tried to find everyone, running back to the can and calling their names before the can was kicked. The identified players had to sit on our front steps and wait for someone to kick the can and free them. I remember being the last player out one time, having hidden under the shrubs in the front yard right next to the steps. My brother Tom was “it,” and he was the fastest runner. As he took off around one side of the house, I got the signal from my sister to kick the can, but as I ran toward it, he came tearing around the corner shrub at a serious sprint. We collided, and he knocked me over, but I had managed to kick the can–a pyrrhic victory since we had to end the game soon afterward due to my concussive condition.

We’d usually play these outdoor games from afternoon until after dusk, or until my mother called us in for dinner. At the sound of her voice, my siblings, as well as the neighborhood kids, all startled a little the way a herd of antelope on one of those National Geographic documentaries will lift their heads from the watering hole at the first scent of a predator. We’d say our murmured goodbyes and head inside. These various outdoor games not only kept us occupied for hours, but they also became a vital part of our childhood and my memories of them harken back to a magical time when life was simple, the days were long, and outdoor fun was abundant.

If you believe in the work we are doing here at The Good Men Project, please join us as a Premium Member, today.

The post Outdoor Games: A Vital Part of Childhood appeared first on The Good Men Project.