Sharks are now cool — and you can thank ‘Shark Week’ 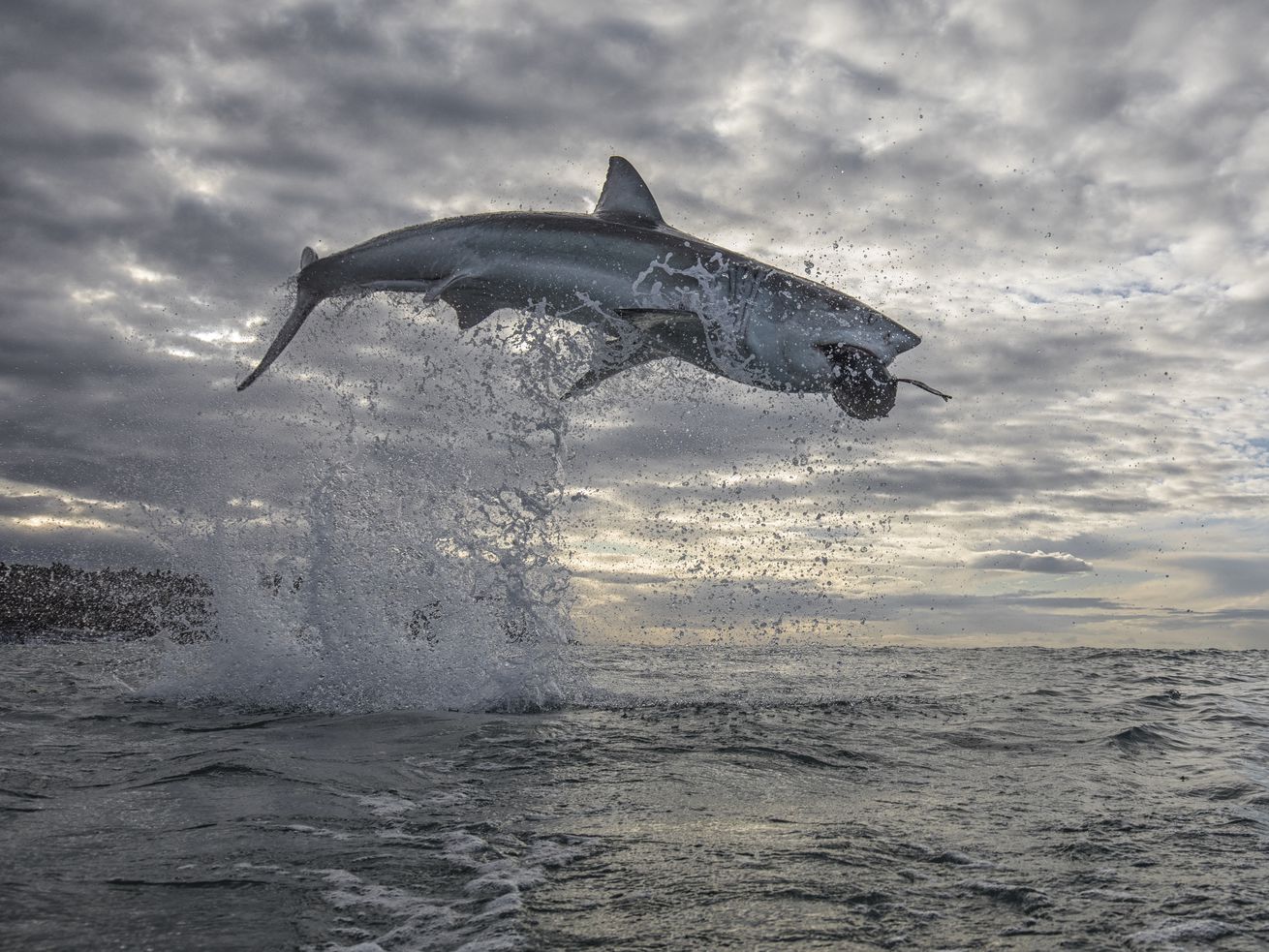 Jeff Kurr believes that sharks are “the most popular wild animal in the world.”

But try selling that in 1975, when “Jaws” made moviegoers’ blood run cold. Or in the ‘80s, when the “Jaws” sequels spiraled into outright silliness. (Remember when a revenge-fueled great white followed a plane down to the Bahamas?) Sharks were just movie monsters that needed to be killed.

“The thinking was, ‘The only good shark is a dead shark,’” Kurr said.

So if sharks are indeed the most popular wild animal in the world, they’ve gone through quite a rebranding. But Kurr, a filmmaker and member of the Shark Research Institute advisory board, just might be right.

Consider where we are today:

Would all this love (and money) be directed toward sharks if people were still blaming them for what Jaws did to little Alex Kintner?

A lot has changed since the tragic events of Amity Island. And technology, social media and “Shark Week” deserve credit for rehabilitating the man-eater image perpetuated by “Jaws” — which was the only media exposure most people had to sharks, says Megan Schuster, a writer and editor for the sports and pop culture website The Ringer.

“Without social media, without all of these avenues to research them … the immediate reaction is fear, which is understandable,” Schuster said. “There are at least more avenues now. If you want to find out more, you are able to.”

These days, sharks are at the center of what amounts to the Super Bowl of nature documentaries. And like the Super Bowl, there’s a lot of marketing and hype, and some may care more about the treats they will be eating (see “recipes,” above) or the celebrity appearances than the actual science.

But not everything “Shark Week” has done in its efforts to entertain and educate has gone over well. Phelps, the 23-time gold medal-winning Olympic swimmer, was pitted in a race against a great white shark in 2017 — only the shark was a computer-generated image. Then, there was the big misstep in 2013 with “Megalodon: The Monster Shark Lives,” a fake documentary that infuriated scientists and confused viewers, according to the Washington Post.

This year, Tyson is featured in “Tyson vs. Jaws: Rumble on the Reef.” It remains to be seen what “versus” actually means.

Who you got in @MikeTyson vs. Jaws?

But over three decades, “Shark Week” has been a platform for bigger and better shark documentaries. And Kurr is responsible for a lot of it. His “Shark Week” bona fides run deep — foremost among them being the “Air Jaws” franchise, which debuted in 2001 and featured unprecedented footage of massive great white sharks rocketing out of the water while hunting seals. (This year, Kurr has five documentaries in the “Shark Week” lineup, including “Air Jaws: Ultimate Breach Off.”)

In the early days of shark documentaries, we never saw divers outside of a cage if a great white was around. Now, scientists and filmmakers put themselves in more and more precarious situations, like sitting on a whale carcass that is being hacked away at by great whites. Or laying on a flimsy homemade decoy that a big shark nibbles on. Kurr himself went out on the water with his camera on a small metal sled just feet from a seal decoy that was hit by a shark named Colossus. Getting that shot — and not getting crushed by the 14-foot great white — is still the highlight of his career.

When it comes to marketing, “Shark Week” isn’t afraid to embrace “the public’s fascination with the species — even if it means leaning into the more negative, fear-based aspects,” Schuster says. But “Shark Week” also stays on message: that sharks are critical to ocean health, that they are extremely vulnerable and nowhere near the threat to humans that they have been perceived to be. Even the programs that focus on attacks and fatalities are careful to point out that the human-shark fatality ledger is impossibly lopsided in one direction.

Kurr believes “Shark Week” has “created a couple of generations now of shark fanatics.” Gone are the days when you can catch a shark, hang it up on a dock, take a picture and expect to be treated like a hero.

“You’ll be absolutely roasted on social media. They don’t want to see that,” he said. “Don’t mess with sharks anymore. People love sharks. … It all goes back to ‘Shark Week’ … showcasing the beauty of these animals. If you’re talking about sharks and it’s in the public conversation, that’s a good thing.”

“Shark Week” will roll out 20 hours of new programming this year. “Sharkfest” boasts 100-plus hours of shark entertainment over five weeks. And Kurr says he’s now passing by more natural history crews in the airport than he used to.

“There’s just a lot more people out filming wildlife,” he said. “The challenge for filmmakers is doing something new and different and that hasn’t been seen before.”

Schuster describes today’s nature documentaries as “so much more intriguing and high brow,” primarily thanks to technology.

Which brings us back to “Jaws.” Pop culture has embraced shark documentaries, which are increasing in number and quality. But what about shark movies?

In 2018, Schuster and her colleague Miles Surrey published the Shark Movie Matrix, which places movie sharks from “The Shallows,” “47 Meters Down,” “Finding Nemo” and others in four quadrants overlapping the categories realistic, unrealistic, scary and friendly. No sharks exist in the realistic and friendly quadrant.

“In most shark entertainment pieces, the sharks are actively attempting to hunt humans, which is just not realistic,” Schuster said. “The entertainment value of shark movies comes from that fear.”

But this isn’t 1975, and what we know about sharks isn’t limited to movies. When the movie “The Meg” was released in 2018, Schuster wrote a fact check pointing out the film’s scientific inaccuracies. She found that the story resonated and that readers were interested in learning.

“It seems even though shark entertainment is largely still fear-based, it seems like people are more interested in seeking out fact,” she said. “That’s a new sort of shark phenomenon that I think ‘Shark Week’ helped with.”