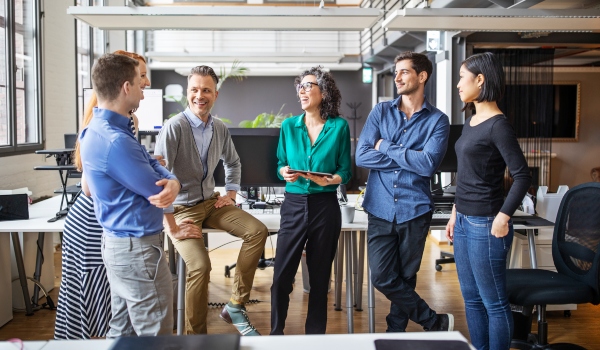 Jasmin Herro’s first taste of entrepreneurial success came in the form of mandarins. Aged nine, and trying to raise cash to visit the Cairns Show, she set up a stand outside her father’s north Queensland service station and sold fruit from the family’s backyard trees. She made $27.

“I went on rides, bought a dozen showbags, vomited on fairy floss… I was king!” she says. “I thought, what else can I sell?”

Almost four decades later, in 2012, $27 was the number again, as Herro experienced another groundbreaking moment. It was $27.50, to be precise: the amount of the first order received by her company, Outback Global.

“I thought, they must be missing a few zeros,” Herro said when she was interviewed as a finalist at the 2014 Ethnic Business Awards. “But no, it was $27.50.”

Today, the customer that made that order spends hundreds of thousands of dollars with Outback Global.

Just three years after it was formed, Outback Global sources directly from more than 50 factories around Australia, Asia and the Pacific, has opened offices in China and the US, and is targeting multimillion-dollar contracts with governments and corporations in Australia and overseas.

Herro has described her Outback Global journey as “like jumping out of an aeroplane and building a parachute on the way down”. Fortunately, she likes an adventure.

“I forge relationships and I take people on a journey they didn’t think they were going to have,” Herro says. “In my business relationships I promise two things: I will do what I say and I will pay my bills on time. Things have worked out pretty well so far.”

In 2012, with support from the Australian Government body, Indigenous Business Australia, Herro was among a delegation of Indigenous businesspeople to attend a National Minority Supplier Development Council (NMSDC) conference in Denver, Colorado, in the US.

From connections made there, Outback Global went on to become the first fully Indigenous-owned company from outside the US to attain minority business certification. Herro formed an Indigenous-Australian-African-American joint venture with Denver-based company Unity Promotions, and created a new company: Outback Global USA.

Australia’s equivalent of the NMSDC is Supply Nation, an ‘introduction agency’ that connects Indigenous-owned businesses with corporations and government agencies interested in doing business with them.

Under the Indigenous Procurement Policy, which comes into effect on 1 July 2015, the Australian Government has set a target of awarding three per cent of Commonwealth contracts to Indigenous suppliers by 2020. The 2015-16 target alone is for a ninefold increase in the number of Indigenous contracts.

Now based in Sydney, Herro is the daughter of a Torres Strait Islander mother and a Chinese father, who met when the former was working for the latter at a Thursday Island corner store.

“My father was one of the most entrepreneurial men I’ve known,” Herro says. “He built a machine to churn ice-cream. People in dinghies used to come to Thursday Island from all over the Torres Strait to eat George Lee’s ice-cream. That’s an entrepreneur!”

Herro’s parents moved to the mainland before she was born, and Herro and her five older siblings grew up in Cairns. In the 1970s, this was a tough place for kids who were different.

“Racism and bullying were just part of life,” Herro says. “I wasn’t liked by anyone. The Chinese children said ‘you’re not Chinese’; the Aboriginal children didn’t like me. I had to be tough, and resilient.

“Today, my kids’ lives are completely different. ‘Oh, no, I’ve run out of memory on my memory stick,’ they say. ‘Someone’s got better pencils than I have.’ Worse things can happen. At least they don’t go to school fearing for their lives.”

Resilience and entrepreneurial spirit have served Herro well. After stints selling real estate and working in print media telephone sales she realised she wanted to be her own boss.

By 2004, she and her husband, Slay, were running several businesses, including seven fast-food outlets and a successful landscaping operation, when Slay had a heart attack.

Herro suddenly had to run these businesses alone, while also caring for a two-year-old son and four-month-old daughter. It was a “baptism of fire”, she says, in which many lessons were learnt.

“I had to control everything,” she says. “That’s why I can do all these different things. Good communication and relationships is why nobody is wandering around wondering, what does she want me to do now? Everyone is completely in the picture.

“We sold some things off and learned a lot about redundancies and systems.”

Slay survived, and the Herros, as well as streamlining their businesses, began looking for new opportunities. “I realised I needed to be more efficient and look for new markets to keep growing,” Herro says.

In 2010 Herro established iSustainable, a sustainable solutions consultancy for businesses and government. Then, in 2013, she became Australia’s first Indigenous premium tea and coffee importer when she formed the Outback Tea & Coffee Company. She is still Chief Executive Officer of both companies.

It was with iSustainable that Herro joined Supply Nation in 2010. “As soon as I got the list of 200 corporates and government agencies I rang them all,” she says. “I was in telephone sales for eight years. Don’t give me a list of people’s numbers because I’ll call them. All of them.”

“He’s the finance guy who makes sure we pay our bills on time,” Herro says. “My uncle calls him ‘the rock at the end of my kite’.”

Herro received a Special Recognition Award from Supply Nation in 2014, and in that same year was a finalist in the Indigenous Business Category at the Ethnic Business Awards. She was also named one of the 100 Women of Influence (Business Enterprise) by The Australian Financial Review and Westpac, and became the first Indigenous person to be named Outstanding Recent Alumnus by the Melbourne Business School, after graduating from the MURRA Indigenous Business Class in 2013, a course for Indigenous entrepreneurs from which “a lot of good things happened”, Herro says.

In 2015 Herro picked up another Supply Nation award, the Supplier to Supplier Partnership of the Year, with the Indigenous training and recruitment company, Pacific Services Group. Outback Global provides them with uniforms for their staff.

But Herro’s rapid rise has not been all smooth sailing. Stereotypes persist, based on both ethnicity and gender, and breaking them is one of Herro’s goals.

“People hear the word ‘Indigenous’ and they say, ‘we don’t want to buy any boomerangs’. I say, ‘I don’t have any to sell’.

“People say, ‘you do such great things, and you’re a woman!’ They don’t know how demeaning that is.”

Herro is now creating some social outcome magic of her own. In 2013 office supply company OfficeMax Australia, a member of Supply Nation, approached Herro (who, as well as being a businesswoman, is a registered artist with the Indigenous Artcode), and asked her to collaborate on a range of Indigenous branded products.

“I said, I’d like to develop an Australian educational program that’s aimed at sharing and making Indigenous culture accessible to everyone. They said, wow, that’s big thinking.”

By May 2015 Herro was travelling around Australia, launching her social enterprise platform that is helping develop the Indigenous educational kits, and involved in high-level discussions with education authorities to get the kits into schools.

Developed with teachers, the kits tell the story of a Torres Strait Island girl searching for her identity, and helping people from other cultures discover their identities too.

In a bid to make the educational kits financially sustainable, Herro and OfficeMax Australia have also developed a range of more than 100 office and school products featuring artwork by Herro based on her fictional Torres Strait Island warrior character, Tjindgarmi.

Herro has formed a new company, J Herro Pty Ltd, to manage her art, public speaking and diversity consultancy services. All the profits from the Indigenous educational kits and up to 50 per cent of the profits that J Herro Pty Ltd receives from the Tjindgarmi range will go to the newly formed not-for-profit Teter Mek Foundation, which will develop education programs so Australians can connect with their local Aboriginal and Torres Strait Island communities through stories and language.

Herro hopes the foundation will create Indigenous jobs in the form of photographers, graphic designers, IT coders, game developers, ‘cultural curators’ and more.

When it comes to inspiring girls, and particularly Indigenous girls, Herro loves the idea of being a role model.

“It’s important to share knowledge and be the best example you can be for young women.

“Society is happy for women to come second. We need to show that it’s OK to be first.”

Previously published on australiaunlimited.com and is republished here under a Creative Commons license.
—

Talk to you soon.

If you believe in the work we are doing here at The Good Men Project and want to join our calls on a regular basis, please join us as a Premium Member, today.

Need more info? A complete list of benefits is here.

The post The Herro’s Journey appeared first on The Good Men Project.