The Role of Locker Room Talk in Systemic Racism 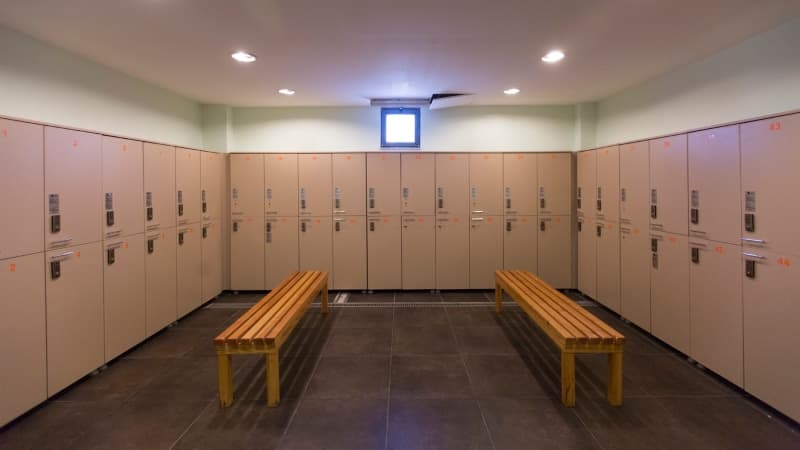 The overwhelming majority of conversation in the coaches locker room is positive, supportive, and fun. It hinges on strategy, planning, and getting the most out of young people. The coaches’ locker room is not a dark and dangerous place; rather, it offers an opportunity to bond and connect. Locker room talk, from my experience and most reports, is positive.

The concept of “locker room talk” has taken on a different meaning since 2016. It runs lock-step with the “boys will be boys” mentality. It commonly refers to the inappropriate, sometimes hateful speech muffled by the locker-room door and glossed over with sentiments like, “well, he didn’t mean anything by it…” and “c’mon, don’t be so sensitive.”

Once again, to be clear, that is not the norm. The coaches’ locker rooms I have been part of have been supportive places full of camaraderie and positive enthusiasm.

Still, some staffs report their locker rooms being full of derogatory comments toward women and, occasionally, other races. That is where this conversation picks up. Even when the locker room is not “full” of it, many coaches will admit that there is usually one person on their staff who is willing to throw around racial jokes to get a laugh. Often, these jokes are supposed to be just under what it might mean to “cross the line.”

It is time to re-draw the line.

Often, these jokes are supposed to be just under what it might mean to “cross the line”… it’s time to re-draw the line.

200 years ago Ralph Waldo Emerson said “It is not an excuse any longer for his deeds that they are the custom of his trade. What business has he with an evil trade? Has he not a calling in his character?”

Coaches were called to athletics as a vehicle for education – there is something in their character that drew them to the profession. This is important to acknowledge. It is equally important for coaches to consider the question of whether or not their behavior (how they speak) matches their goal (how they hope to educate).

The way it has always been is not the way it should continue to be. The customs of the trade have to change. Racist, sexist, hateful jokes have no place in an educational setting.

They go beyond their surface vulgarity. This sort of talk might be “priming” future behavior.

The concept of psychological and neurological priming can be understood by imagining a dense forest. The forest, in this case, is a metaphor for the brain. For information to travel across the forest of the brain, it must follow a path.

At first, the travel is slow. One’s first encounter with the quadratic equation was probably a slow and deliberate one. The learner is making his or her way through the forest. Trailblazing, oftentimes. Each time the path is traveled, it becomes easier. The very act of walking the path, over and over, makes subsequent trips down the path faster, easier, and more streamlined. Learning, in this way, is a process of priming a path until it is easy to travel.

On the field, as in the classroom, coaches and players do this intentionally.

The team practices a play, makes adjustments, and keeps practicing until the actions become nearly automatic. When they get to game time, athletes involved in a play do not have to think about what they are supposed to do, they do what they have already done many times. They take the path of least resistance through the forest. They do what they were primed to do.

In the locker rooms, this is happening subconsciously. And it’s dangerous.

Every off-color joke walks a certain path in our brains. The one telling it is limiting the psychological barriers to the same hateful speech in the future. The same joke will fall off his tongue at the bar. He might share it at home. It becomes normalized.

Eventually, in a process called unconscious bias, it becomes the filter through which the speaker perceives others. Stereotypes manifest subconsciously until categorizing other groups of people becomes automatic.

If one is not telling racist jokes, but sitting back and listening to them, allowing hateful speech to roll off his back, then he is preparing himself to continue that behavior in the future. He is conditioning his future self to sit back and allow it.

When he bites his tongue in a moment of minor injustice, he is priming the path to stand by and watch in the face of major injustice down the road.

The bystander effect is real. Psychologists have identified that the likelihood to take action in a crisis or stand up to a bully decreases as the number of nearby people increases. Standing up against racist locker-room talk will be hard. That’s okay. It will take conscious, uncomfortable, and perhaps strenuous effort to stand up and speak out. It will be worth it.

When he bites his tongue in a moment of minor injustice, he is priming the path to stand by and watch in the face of major injustice down the road.

Though it will be worth it, it will only be a start. Clearly, the racial issues in our country cannot be solved simply be reinventing what it means to use “locker room talk.” This is one small piece of the puzzle.

Creating team and staff cultures which are free of racist, de-humanizing language with the potential to lead to unconscious bias and despicable behavior may only be a small step, but it is an important one.

Locker room talk should be an extension of the ideals to which we hold our teams. Conversation inside the locker room should reflect the high character expectations that coaches have for their athletes outside of it.

If there is a hum of disrespect in the locker room, athletes will pick up on it. But if coaches are more deliberate with their language, then the powerful educational platform can feature models of empathy, inclusivity, respect, and genuine curiosity about the experiences of all people.

Coaches can be models of empathy, inclusivity, respect, and genuine curiosity about the experiences of all people.

If your locker room has become a place that shelters the slow-simmering architecture of hateful speech and thought, then it is time to stand up, have difficult discussions with your peers, and change it.

In June of 2020 many are saying that it is time for change, that it is important to recognize that black lives matter. Can we uphold that sentiment when no one is looking? In a month, a year, ten years from now, how will you respond to the question, Does your behavior match your goal?

Let’s make it happen, Coaches. You were called to this profession for a reason – you are the right people for the job.

For resources and support, reach out to us at any time! This is meaningful work. We’re with you.

If you believe in the work we are doing here at The Good Men Project and want to join our calls on a regular basis, please join us as a Premium Member, today.

Need more info? A complete list of benefits is here.

Talk to you soon.

The post The Role of Locker Room Talk in Systemic Racism appeared first on The Good Men Project.