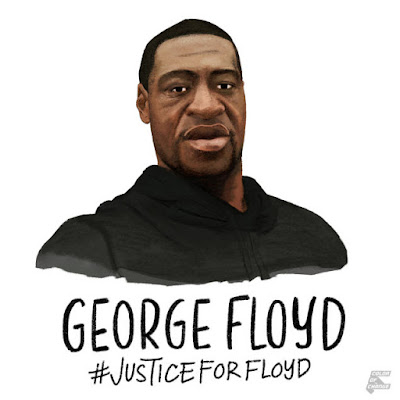 CATCH UP WITH CURMUDGUCATION + ICYMI: A Year Older Edition (5/24)
by Mike Simpson / 5d
CURMUDGUCATION: ICYMI: A Year Older Edition (5/24) A Year Older Edition I had a birthday this week, but I feel pretty much the same. I might have taken a couple of half-days off, so let's see if the reading list looks any shorter. After online learning flopped... The continuing saga of failed online learning in Fairfax, VA, continues with a flood of Google-based student-on-student harassment. Stu
‘So many kids were sad before this’ - The Washington Post
by Mike Simpson / 5d
‘So many kids were sad before this’ We are hearing increasingly about how the coronavirus pandemic is affecting the mental health of young people. But as T. Elijah Hawkes, a veteran public school principal, explains in this post, it is important to remember that many of them weren’t doing well even before the crisis. Hawkes is the author of the recently published book “ School for the Age of Uph
‘I’m on edge all day long.’ Schoolwork a mere afterthought for homeless youth - The Hechinger Report
by Mike Simpson / 5d
‘I’m on edge all day long.’ Schoolwork a mere afterthought for homeless youth As homeless youth attempt to shelter in place without a shelter, taking care of their basic needs and ingratiating themselves with their hosts take priority over distance learning. On a recent weekend, Destiny, 17, spent an unusually sunny spring day canoeing near her temporary home in Western Washington. Technically h
EdAction in Congress May 24, 2020 - Education Votes
by Mike Simpson / 6d
EdAction in Congress May 24, 2020 COVID-19 bill passed by House stalls in Senate—for now Senate Republican leadership is in no rush to take up—or even amend—the HEROES Act passed by the House despite the urgent need to help struggling families cope with fallout from the COVID-19 pandemic. The longer Congress delays, the greater the likelihood we’ll see a repeat of the Great Recession, during whi
Reopening Schools Is the Easy Part - The Atlantic
by Mike Simpson / 6d
For Schools, the List of Obstacles Grows and Grows A s schools around the world cautiously reopen, we in the United States are seeing an unsettling glimpse of our future. Some images filtering in from other countries are deeply depressing (French children cordoned off in white squares on a playground) while others evoke wary amusement (Chinese children in masks and handmade propeller beanies wit
NEPC Interview of the Month: Frank Adamson on Privatization Internationally | Diane Ravitch's blog
by Mike Simpson / 6d
NEPC Interview of the Month: Frank Adamson on Privatization Internationally Chris Saldana of the National Education Policy Center interviewed Frank Adamson on privatization of education in an international context. If you have 30 minutes in your busy day, this is definitely worth listening to. BOULDER, CO (May 19, 2020) – In this month’s NEPC Education Interview of the Month, NEPC Researcher Chr
College Board’s AP-botch Lawsuit: No “PR Stunt” | deutsch29
by Mike Simpson / 6d
College Board’s AP-botch Lawsuit: No “PR Stunt” On May 19, 2020, the National Center for Fair and Open Testing (“Fairtest”) and several individuals filed suit against the College Board, Educational Testing Service (ETS), and 50 individuals in a “nationwide and California class action complaint” related to College Board’s et al. botching of the 2020 administration of its Advanced Placement (AP) t
What Would Re-Opened Schools Look Like? Who Decides? | Ed In The Apple
by Mike Simpson / 6d
What Would Re-Opened Schools Look Like? Who Decides? The UFT President Michael Mulgrew has been holding virtual meetings with teacher union (UFT) members: focus groups to get 1:1 feedback, scores of them as well as Town Halls, virtual meetings with many hundreds of members. One of the first questions was about school re-openings. Mulgrew was frank, the re-opening meetings are just beginning, not