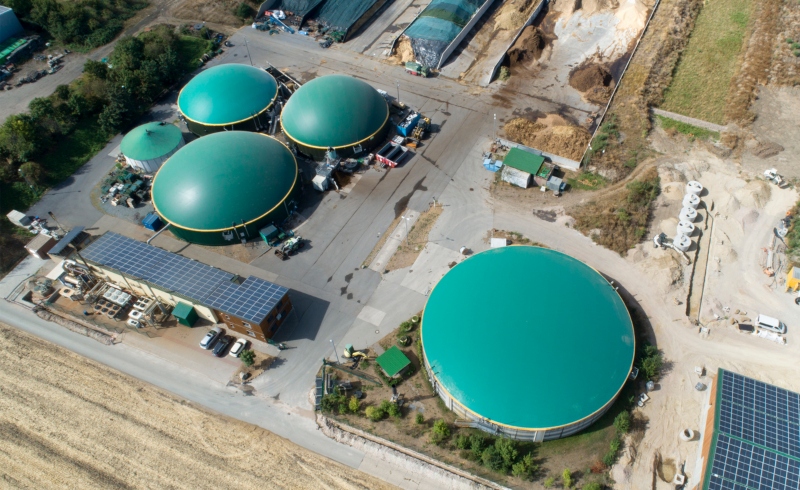 UNESCO, a prominent United Nations agency, is undercutting global action on the climate emergency, analysts and campaigners warn, by forming a partnership with a global forum dedicated to promoting and greenwashing natural gas exports.

“We simply have to stop digging and drilling and take advantage of the vast possibilities offered by renewable energy and nature-based solutions,” he said during COP-25, the (ultimately “disgraceful”) 2019 UN climate conference in Madrid.

In 2018 Guterres called the 1.5°C pathways report by the Intergovernmental Panel on Climate Change an “ear-splitting wake-up call” for action.

But none of that has stopped another key member of the UN family, the Paris-based UNESCO (the UN Educational, Scientific and Cultural Organisation), from agreeing a partnership with the Doha, Qatar-based Gas Exporting Countries Forum (GECF), a 20-member organisation formed in 2008 to promote “coordination and collaboration” among the world’s leading gas-producing countries.

The GECF’s latest mid-century Global Gas Outlook sees gas increasing from 23% to between 27 and 29% of global energy demand by 2050.

That’s the same year countries are intent on hitting net-zero emissions in a bid to hold average global warming to below 1.5°C. Fossil gas is composed 70% to 90% of climate-busting methane, a greenhouse gas 84 times more potent than carbon dioxide over the 20-year span in which humanity will be scrambling to get climate change under control.

The GECF outlook report foresaw natural gas as “the highest in the primary energy mix” at 27%, with fossil fuels as a whole accounting for 71% of global energy consumption in 2050. (They’re in good company.)

When the leaders of UNESCO and gas exporters are comfortably retired, Africans will still be living with the climate legacy of the fossil fuel industry

It projected gas production by member countries growing nearly 50% by mid-century, and production from “unconventional resources” − a term for fracked gas − increasing from 25 to 38% of the total, with a rising share of the demand supplied by liquefied natural gas (LNG) and the gas sector soaking up US$9.7 trillion (£7tn) in investment.

“Along the way, natural gas is expected to play a vital role in decarbonisation options including natural gas-based hydrogen, also known as blue hydrogen, with carbon capture, utilisation and storage (CCUS) technologies,” the GECF-UNESCO release stated. Late last month, Italian utility giant Enel said it would shut all its gas plants by 2050 and became the latest potential buyer to declare carbon capture technology a non-starter.

In separate releases in December 2020, the GECF touted the “environmental advantage of natural gas” and what it sees as the potential of blue hydrogen − with its reliance on CCUS − to usher in a “new era of decarbonisation”. On 9 December, its secretary general, Yury Sentyurin,  told a virtual event that blue hydrogen coupled with CCUS “will play a significant role in the world’s transition to a sustainable energy future”.

In an email to The Energy Mix, Sentyurin said the partnership with UNESCO “is expected to harness the shared values of both entities in the realm of sustainable development, natural resources management, international cooperation in education, sciences and culture, and contributing to progress across the globe.”

He and Anna Paolini, director of UNESCO’s Doha office, both cast the partnership as an opportunity to address climate change, protect biodiversity, safeguard natural heritage, “maintain a conducive environment of scientific inquiry in the field of natural science”, and promote interdisciplinary climate knowledge.

The two organisations also agreed to work together on a “Rigs-to-Reefs approach” aimed at protecting and restoring ocean ecosystems. The term refers to an emerging response to obsolete, abandoned ocean oil platforms that involves stripping them of equipment and hydrocarbon residues, then sinking them as artificial reefs, rather than incurring the cost of full removal.

Some of the world’s leading climate analysts and campaigners are decidedly unimpressed with UNESCO’s choice of strategic partners. “It’s shocking to see the UN body responsible for the preservation of science and culture getting into bed with global fossil fuel interests like this,” Power Shift Africa director Mohamed Adow told The Energy Mix in an email. “UN bodies, especially ones with ‘science’ in their title, should be holding fossil fuel producers to account, not being a useful prop in the global greenwashing of the gas industry.”

The United Nations “is where climate change is being tackled at the international level, through the UN Framework Convention on Climate Change (UNFCCC) and the Paris Agreement,” he added. “This move from a sister UN body shows ignorance and a lack of strategic thinking from people who should know better.”

Adow, named last week as a recipient of the prestigious Climate Breakthrough Award, said it was “particularly offensive” of UNESCO and the GECF to “cite Africa as the location where they are most interested in working together,” at a time when a massive LNG project led by colossal fossil Total is “destroying the natural heritage of Mozambique”, with hundreds of families evicted and thousands of people losing their fishing grounds.

“Oil and gas pipelines are being fought across the continent by local people defending their cultural heritage,” he said. “They need the support of organisations like UNESCO, not to watch them side with their persecutors.”

Sentyurin, named last year as one of the top 25 influencers in Africa’s energy sector, said the forum’s members include six African countries that hold more than 90% of the continent’s proven gas reserves. He called Africa “a very important continent to the GECF”, the “next booming region in the world”, and a “game-changer for economic development”, and highlighted the “crucial role natural gas will play in reducing energy poverty in Africa”.

Not so much, Adow said, in an email written about two weeks before Sentyurin’s.

“Gas is not the answer to the climate crisis gripping Africa,” he told The Mix. “Africa has an abundance of clean energy, including wind and solar energy. Leapfrogging fossil fuels like gas to renewables is Africa’s route to sustainable, long-term prosperity, not getting shackled to gas infrastructure which will soon be obsolete.

“When the leaders of UNESCO and gas exporters are comfortably retired, Africans will still be living with the climate legacy of the fossil fuel industry and the environmental and cultural destruction it has caused.”

UK-based climate policy consultant Alison Doig cast the partnership as a bid by the GECF to boost its own legitimacy “while promoting a strategy that is incompatible with keeping global temperature rise within safe limits.”

By accepting the GECF’s premise that gas consumption will continue to rise, she said UNESCO “completely undermines its responsibility as guardian of our global heritage,” compromising its own central role in science education by being “tied to messages which are not aligned with a climate-safe energy transition.”

Doig said UNESCO “should rightly be creating alliances to enhance action on climate change,” at a time when “many World Heritage sites are already exposed to the impacts of climate change, with floods, storms, and drought threatening the very fabric of the buildings, monuments, and locations” at the core of the agency’s mandate.

With the UNFCCC presenting pathways to keep average global warming below 1.5°, she added, “other UN agencies including UNESCO should be part of this scientific discussion, and focus climate science education on that goal.”

Climate Action Network-International senior advisor Stephan Singer said it was “very upsetting” to see UNESCO enter a partnership deal with the majority of the world’s fossil gas producers and exporters that contains no reference to the 1.5°C target under the 2015 Paris Agreement.

That goal is a “survival target for many vulnerable developing countries,” he added, and “the full phase-out of fossil fuels and phase-in of renewables is imperative to meet the climate challenge.”

UNESCO’s Paolini said the agency “works to build the widest coalition possible to tackle climate change and achieve the global goals”. The agency “engaged with the GECF in order to bring its member states’ attention to our reports and articles on today’s environmental challenges, the issue of climate change, and its impact on all aspects of our lives, including our fixed, natural, and living heritage,” she explained.

“By sharing information, leveraging opportunities from within, we believe we can promote our agenda to an audience that we would not readily reach and initiate a debate and dialogue with industry professionals, researchers, governmental officials, and diplomats. It would be a strategic mistake not to seize this opportunity.”

Asked how UNESCO sees the future development of gas exports, given the industry’s prime role as a producer of methane, she replied: “We can shout from the sidelines or we can engage, point to the science, and attempt to change attitudes and the industry.” − Climate News Network

This post was previously published on climatenewsnetwork.net and under a Creative Commons license CC BY-ND 4.0.

If you believe in the work we are doing here at The Good Men Project and want a deeper connection with our community, please join us as a Premium Member today.

Premium Members get to view The Good Men Project with NO ADS. Need more info? A complete list of benefits is here.