Why sports are so missed, and so important 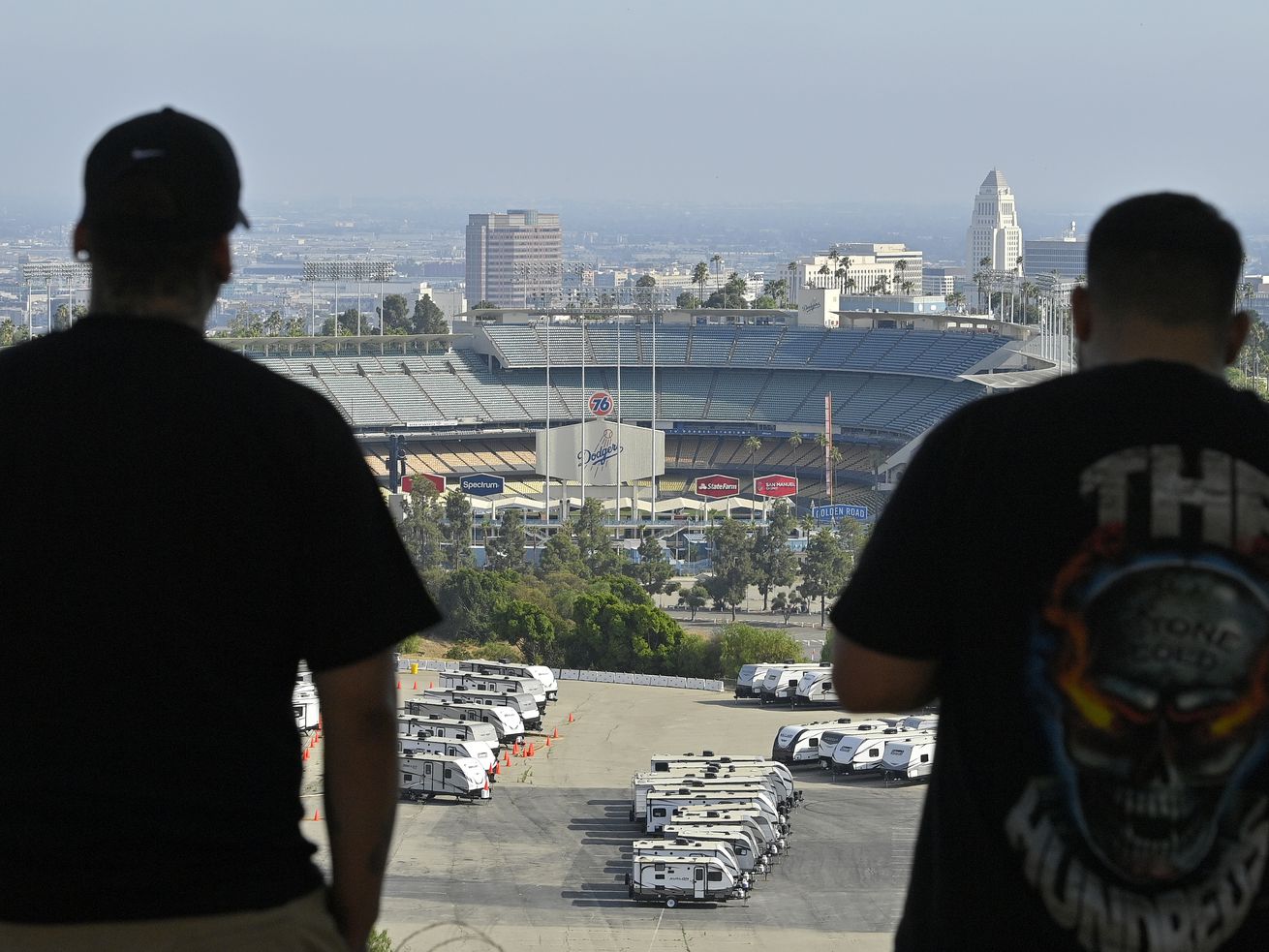 Los Angeles Dodgers fans take in the view near Dodger Stadium on Wednesday, June 24, 2020, in Los Angeles. By the time Major League Baseball returns in late July, it will have been more than four months since teams last played. The season is now going to be a 60-game sprint to the finish, held in ballparks without fans and featuring some unusual rules. | AP

SALT LAKE CITY — During the pandemic shutdown have you discovered that you can do without sports?

That you don’t miss them as much as you thought you would?

That now you are more active and do sports yourself instead of watching others do them?

That you’re glad you no longer spend hours in front of the TV watching multimillionaires play games or sit in traffic for hours just to watch a college game, and good riddance because now you can spend your time learning the violin and a foreign language and how to cook duck a l’orange?

Of course you miss sports. That’s why you’re over here bumping around in the sports section even when there are few actual sports taking place, just a lot of speculation about when or if college football will be played this year and how the NBA will return to action in a vacuum-packed biosphere.

Americans are so desperate for sports that they turned en masse to watch reruns of old NFL games and a 10-part documentary about a basketball player who hasn’t played for two decades. Even Lance Armstrong was interesting again.

One sports network — the one nobody watches anymore because it drones on in left field about pet political causes instead of talking about, you know, sports — televised the Cherry Pit Spitting championships and the annual Sign-Spinning contest (picture the guy on the corner by the oil lube garage).

Norman Chad, a Washington Post columnist, wrote a column entitled, “The pandemic has reminded us: We don’t need more sports in our lives — we need less.”

He might have a point, but nobody wanted to buy it, not now anyway. It was like telling hungry people they should go on a diet. The reader reaction was brutal. One website’s headline: “Washington Post columnist eviscerated on Twitter over column about how we need less sports.” That’s always a nice moment for a journalist.

You could certainly make a case that we need to cut back on our diet of sports, that we’re (literally) getting fat on them and that sports are out of control. America spends way too much money building football stadium/temples on college campuses and, increasingly, even at high schools.

Universities spend much more per pupil on athletes than other students. According to statistics from the Congressional Research Service, National Center for Educational Statistics and NCAA, Division I and II athletes are awarded more than $2.9 billion in scholarships annually, compared to $1.6 billion for STEM students (science, technology, engineering and math).

Let’s face it: sports are habit forming, but there are worse problems. What if we all watched “The Kardashians” instead? Sports are a sign of a healthy country. A country that has leisure time (and money) for sports is prosperous.

Sports unite across race, age, economic and gender lines. They unite communities — remember what Salt Lake City was like in the Stockton-Malone era during the playoffs? They provide a mostly healthy diversion, an emotional release. They provide company for the old and lonely who tune them in nightly. They provide hope for the home team, even if it’s a delusion in the NBA.

Daniel Wann, a psychology professor at Murray State, has studied fans for some three decades and authored a book, “Sports Fans: The Psychology and Social Impact of Spectators.” Wann learned that being a sports fan can improve emotional and psychological health (this probably presumes they’re not Cleveland Browns fans).

“Pretty much any way you look at it, the more you identify with a local team, the more psychologically healthy you tend to be,” Wann told reporter Lisa Hill. “You have a built-in connection to others in your environment.”

Sports is given too much importance and emphasis in America, but they’ve served the country well, whether it was merely entertainment value or providing the single greatest forum for issues such as women’s rights and race. President Trump has urged sports to resume play for the same reason Franklin D. Roosevelt recommended that Major League Baseball continue as much as possible during World War II — to boost public morale. The country could use a little of that now.