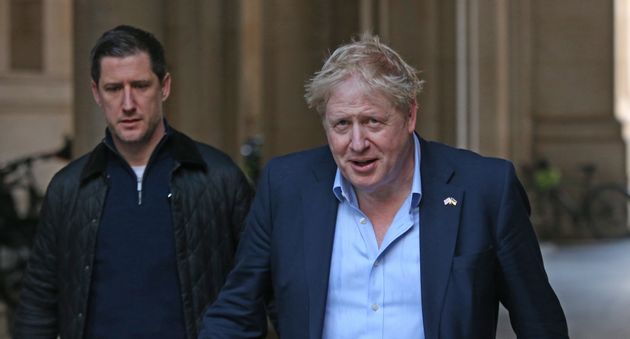 Boris Johnson’s cabinet gathered to suggest their “innovative” ideas for fixing the worsening cost of living crisis on Tuesday – but their solutions have not been met with much enthusiasm.

So far, the government has proposed reducing MOTs on cars to just once every two years, rather than keeping it as an annual obligation.

Cuts to childcare costs were put on the table too, as ministers considered easing health and safety rules.

When pressed about his own ideas at that meeting the follow day, justice secretary Dominic Raab also seemed particularly enthusiastic although he did not actually disclose any of his own plans.

Dominic Raab can't stop smiling when asked what his bright idea was to tackle the cost of living crisis.#KayBurley#BBCBreakfastpic.twitter.com/YYnvwyaALo

However, not everyone shared his excitement about the proposed changes ahead.

Torsten Bell, chief executive of Resolution Foundation – a think tank which specialises in living standards – made his opposition to such plans very clear in a scathing Twitter thread of Tuesday.

He began by pointing out that if the only answers are childcare reforms and changing MOTs, “then we have lost the plot”.

1. Changes to childcare wouldn’t come into effect for ‘years’

The BBC learned this week that Johnson was particularly keen on reducing childcare costs by easing health and safety rules during Tuesday’s meeting.

Sources claimed that he wanted to lower the legal limits of adult supervision for children in England. At the moment, there must be at least one staff member for every three children for any groups where the kids are aged two and under.

For those over two, there can be one member of staff for every four children.

But, as Bell tweeted: “Whatever you think about watering down childcare regulations to lower costs, it’s not an answer to today’s crisis.

“Impact would be years off and while it’s poor households being crucified by rising energy bills, it’s richer households that are more likely to use formal childcare.”

Labour’s Bridget Phillipson, shadow education secretary, has echoed this message and said the idea would “drive down quality whilst making no difference to availability”.

The Liberal Democrats also accused the prime minister of “cutting corners” and “endangering” our children.

2. Changing MOTs won’t help those affected by the crisis

All vehicles over three years old need to have a MOT test certificate to check it is safe on the road. This can cost up to £54.85 for a car. Implementing this measure would therefore save motorists around £27.43 per year.

Bell tweeted: “More people have cars than kids – and at least targeting the cost of driving is targeted at a source of cost pressures.

The AA has also argued it will make costs larger in the long run due to higher repair bills and would affect road safety.

According to Sky News, a spokesperson for the AA said: “Though well intended, moving the yearly £55 spend on an MOT to every two years could make costs worse for drivers with higher repair bills, make our roads more dangerous and would put jobs in the garage industry at risk.”

3. It’s energy prices that are the problem

Bell said successful policy making is “recognising the question that needs answering” – and in this case, it’s the skyrocketing energy price rises.

At the beginning of April, energy regulator Ofgem lifted the energy price cap meaning the average household would see a £700 increase in its yearly energy bills, and prices are expected to rise again in October.

Bank Investec even warned that bills could reach £3,000 per year as the Ukraine war added to the surging global demand.

The Resolution Foundation warned earlier this year that this “fuel stress” would apply to 6.3 million households across the UK, particularly pensioners and those who live in local authority housing.

The think tank warned then that UK households are facing a “catastrophe” when it comes to cost of living, while rising food prices and a hike in National Insurance – along with the highest rate of inflation for 30 years – create a high intensity situation.

As Lib Dem leader Sir Ed Davey pointed out, the prime minister seems to be “completely out of ideas during the most profound crisis in decades”. 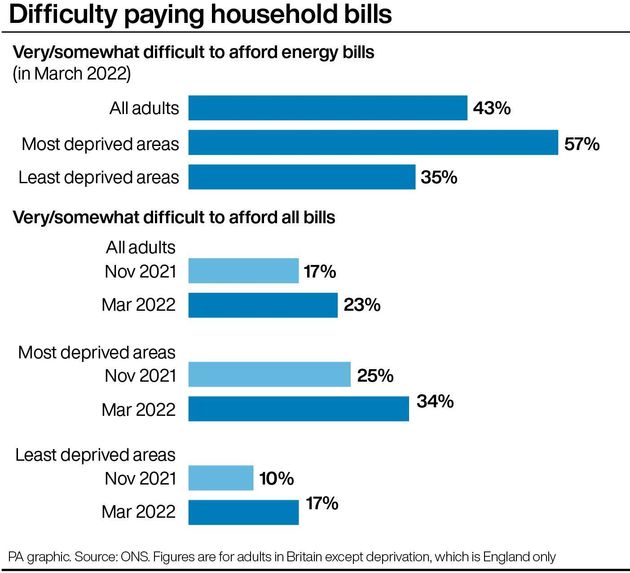 The cost of living crisis, broken down by how each group has been affected by energy bills

So what can be done instead?

Bell concluded that the cost of living crisis has hit those from low to middle income households the hardest, so the only conclusion is reducing the costs for, or raising the income of, these homes.

He added: “The benefits system is by far the easiest way to do that.”

The Lib Dems along with Labour and the SNP have called for an emergency budget and cut in VAT, as well as a proposal for a windfall tax on oil and gas companies’ profits.

However, such changes seem unlikely as the chancellor, Rishi Sunak, appears reluctant to pour any more money in to fix the problem. He just highlighted the £22 billion he’s already announced to reduce energy and council tax bills during the cabinet meeting on Tuesday.

The PM’s spokesman explained this week: “He [Sunak] underlined the importance of not feeding into further inflation rises and emphasised that the UK is currently spending £80 billion servicing our debt.”

Johnson has, however, threatened to privatise the Passport Office and other publicly funded organisations if they do not start delivering better value for money.

He told TalkTV on Tuesday: “I’m not going to rule anything out. I don’t mind if it’s public or private, what I want is to deliver value for money and help keep people’s costs down.”