Door Hinge Types And How They Work

What would you say was the most important part of the door aside from the door itself? The doorknob? A door can function with that. But what about the door hinge? That’s right! Every door needs a door hinge. 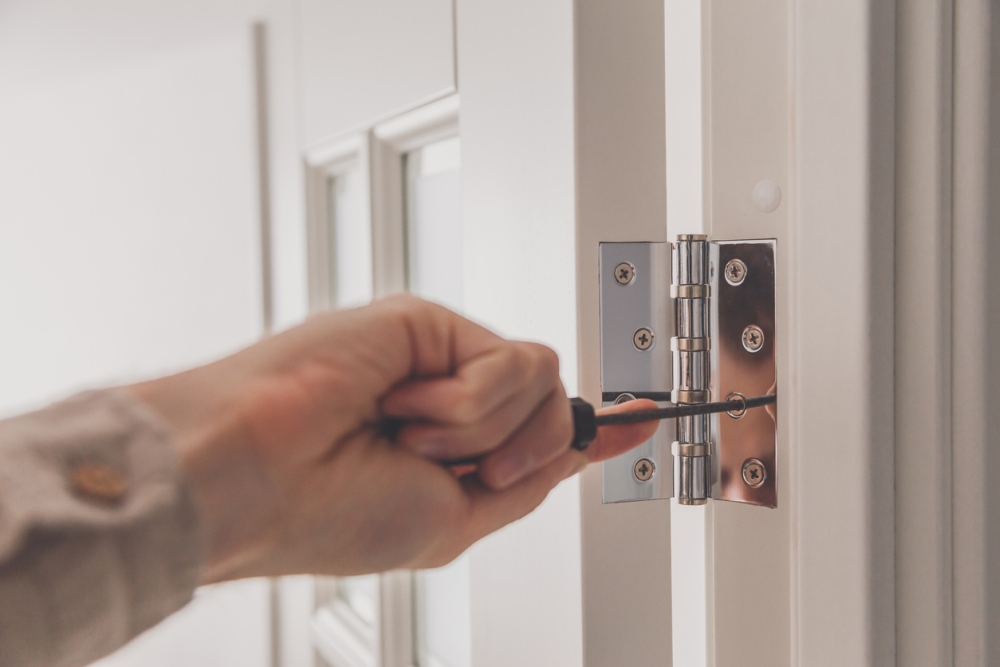 So choosing the right type of door hinge for you is important. Though colors are important, and we will talk about them later, the type of hinge and how it functions is even more important. You may see a type you’ve never heard of!

What Is A Door Hinge

A door hinge is a piece of hardware that attaches to the door and the doorframe, controlling how the door opens. Most of the time, there are two or three-door hinges that help it operate. In the bottom, top, and center.

If you don’t like the name butt hinge, you can call this type of hinge a mortise hinge. They are very common, inexpensive, and simple. They are generally symmetrical and consist of two panels, one on each side.

One panel attached to the door and the other attaches to the door jamb. Oftentimes, there is a pin that holds the two pieces together to make it easy to install the door hinge without having to hold the door up the whole time.

This hinge gets its name from the fact that it was used on pianos long ago and still is oftentimes today. They are great for boxes and small doors where you want the hinge to run along the entire length

The strap part of the hinge is wrapped around a tiny pole that is stationed in a dock that is attached to the door jamb. But in some cases, they meet in the middle to create an all-in-one piece without the pole.

This type of door hinge isn’t about the look as much as it is the function. It can close behind you when you open it. Traditional spring-loaded hinges can be found on screen doors and have a huge spring attached.

Whereas modern spring-loaded hinges involve a hinge that looks fairly normal but is more compact and heavy. They are often required by code on exterior doors and garage doors for safety reasons.

Concealed hinges are built into the doorframe. They sink down into the wall so that you can’t see them. The only part you can see is the curved part that allows the hinge to open. They are often self-closing as well.

An offset hinge can widen a doorway for you when the door is open. They can make sure that the doorway is large enough when opened so that you can move furniture, wheelchairs, or walkers through it easily.

Flag hinges have a fixed pin that is put into the top, with one hinge panel going one way and the other going the other. This usually allows the door to open either way which is a valuable hinge asset to have.

Overlay hinges fold into themselves making for quite a compact hinge choice. They ensure that the door shuts flush even when the hinge is partially mounted on the facing of the door or cabinet, not just the jamb.

This is a fun choice for just about anything that you can find a hinge big enough for. You will need to drill a hole for the hinge to fit into, but you can then shut the door and the hinge disappears completely.

A scissor hinge is a unique accordion-like hinge found in appliances and other items. It is often also seen often in metal chests and metal furniture in general. It is fun, industrial, and works well to open the door a certain amount.

How To Install A Door Hinge 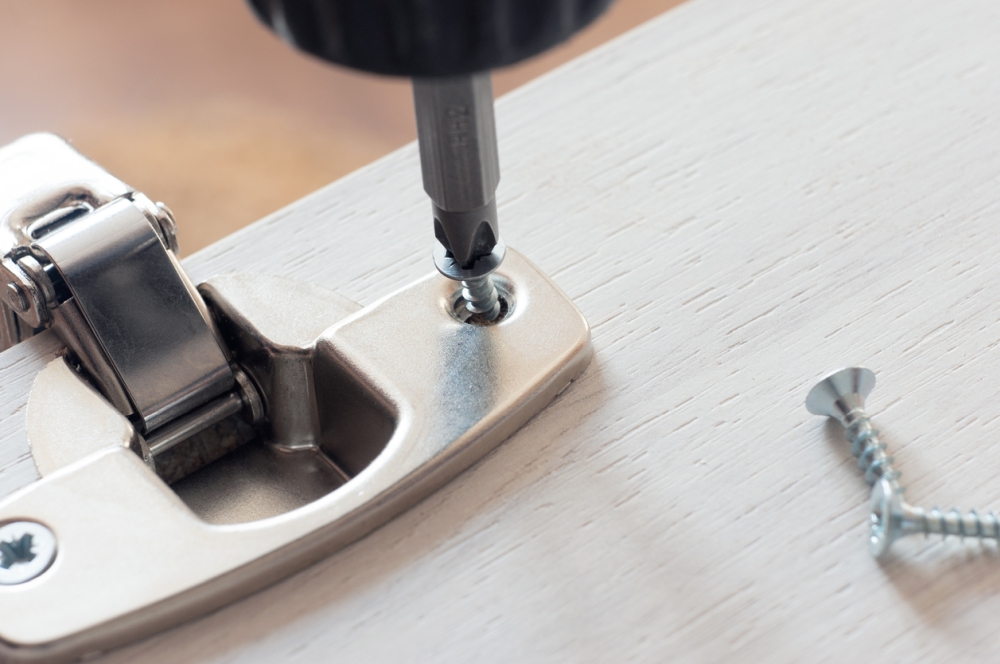 Installing a door hinge is generally very easy as long as you know how to use a drill. Although different types of hinges require different instructions, you can generally get by learning how to install just one kind.

If you use a third hinge then place it directly in the center of the other two. Mark this spot on the door as well. It won’t be centered with the door but the other two hinges instead.

Now, get someone to help you if possible and hold the door up in place. Trace the door hinge around where it will go on the door frame then hold it to the door in place and trace around it on the door too.

If you want, you can then put the door down and use a utility knife to indent the line a bit. This will really help with the next step.

Only remove a very small amount no more than the thickness of the hinge. It’s important that it is not too deep but it can be a little shallow and still work just fine. If you mess up, use a wood filler before putting the hinges up.

This is optional but it can be very helpful. First, drill polt holes by holding the hinges up in place and marking where the screws go. Then using a drill, make holes so that they will go in easily later on.

This depends on the type of door hinge you are using. If there is a pin or something to hold the hinge together, install the hinges separately. But if there isn’t, you can have someone hold the door up for you.

In this case, you can screw into one side first and then holding the door up, screw into the other side. Make sure that the door closes well before you start moving on and installing a lock for your new door. 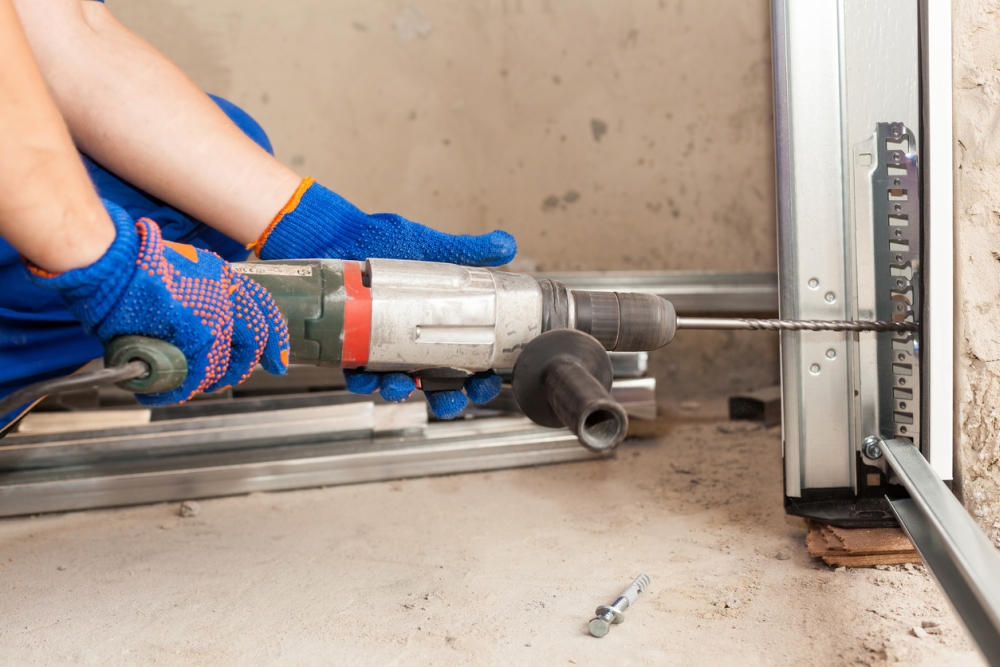 There are many different hardware colors to choose from, though most of them are left the natural metal color. This works out great because most people prefer to have metal hardware that looks metal too.

Gold is the most common warm metal and one of the two most common door hinge colors. Although it won’t be real gold, in most cases, it will be gold-colored and will match other gold hardware in your home.

Copper has a reddish hue and works wonderfully with industrial design styles. This is a bold choice but a solid one. It also looks good on exposed copper pipes and is becoming increasingly popular in hardware choices.

Pewter is a unique metal that has a cool and dark look. An alternative to pewter is deeper onyx hardware. The great thing about darker hinges like this is that they are often not seen and hidden in the shadows.

Bronze is cheaper than copper but still has that warm hue that copper does. That’s because bronze historically has copper in it along with a whiter metal to tone it down and cool it. So of course it has copper hues.

Silver is a classic and is now just as popular as gold. People used to use only two primary types of hardware. Gold hardware was for warmer tones and silver was for cooler tones. Both are still viable today.

Brass is a great metal that looks like bronze or copper but with a much older hue. It looks like gold but is more muted and soft. It is cheaper than gold and only slightly more expensive than bronze in most cases.

Choosing the right door hinge shouldn’t be a problem as long as the door hinge can support the door. The type after that is up to you. Choose a finish that matches your decor and find a door hinge you are attracted to.

The post Door Hinge Types And How They Work appeared first on Home Decorating Trends - Homedit.