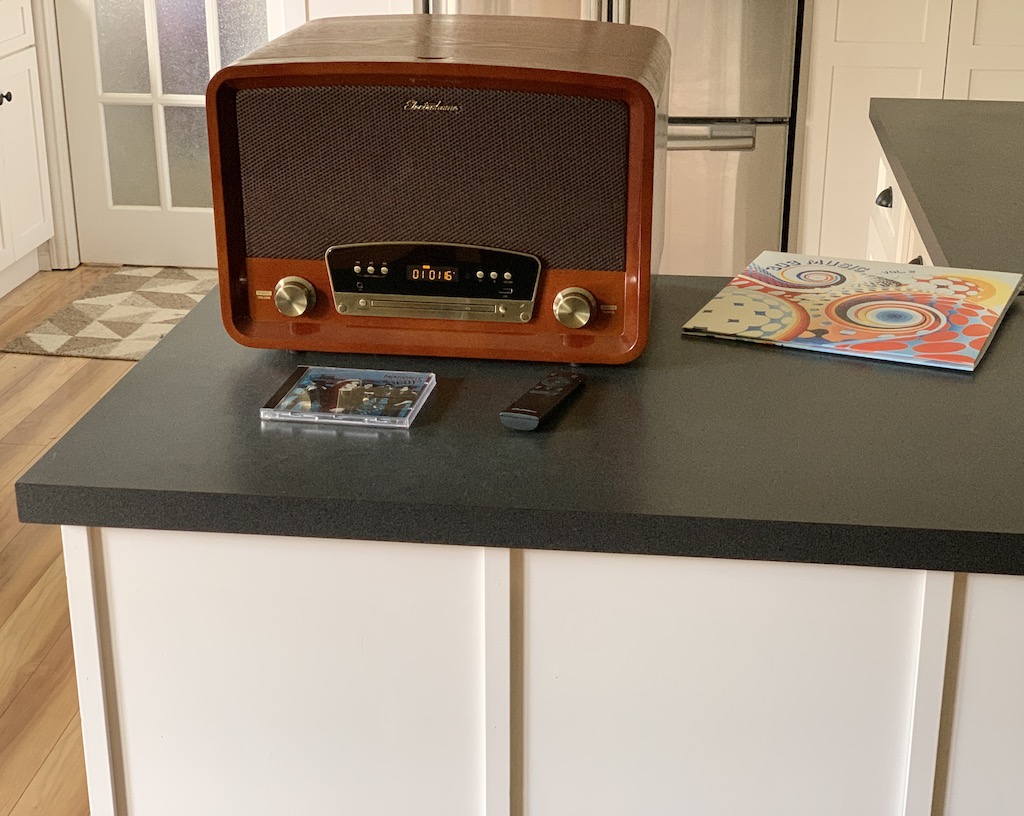 Records continue their decade-long winning streak. In 2020 vinyl outsold CDs for the first time since the 1980s. That’s right, records are now the most popular way to buy physical music. Naturally, turntables and record players are in high demand as well. The  Electrohome Kingston 7-in-1 vinyl record player casts the nostalgia net way back, going for a 1940s or 1950s wood cabinet stereo system vibe. It includes a record player, CD player, Bluetooth streaming, and more, along with built-in speakers. Basically, it’s everything you need for a retro-inspired, all-in-one audio system. 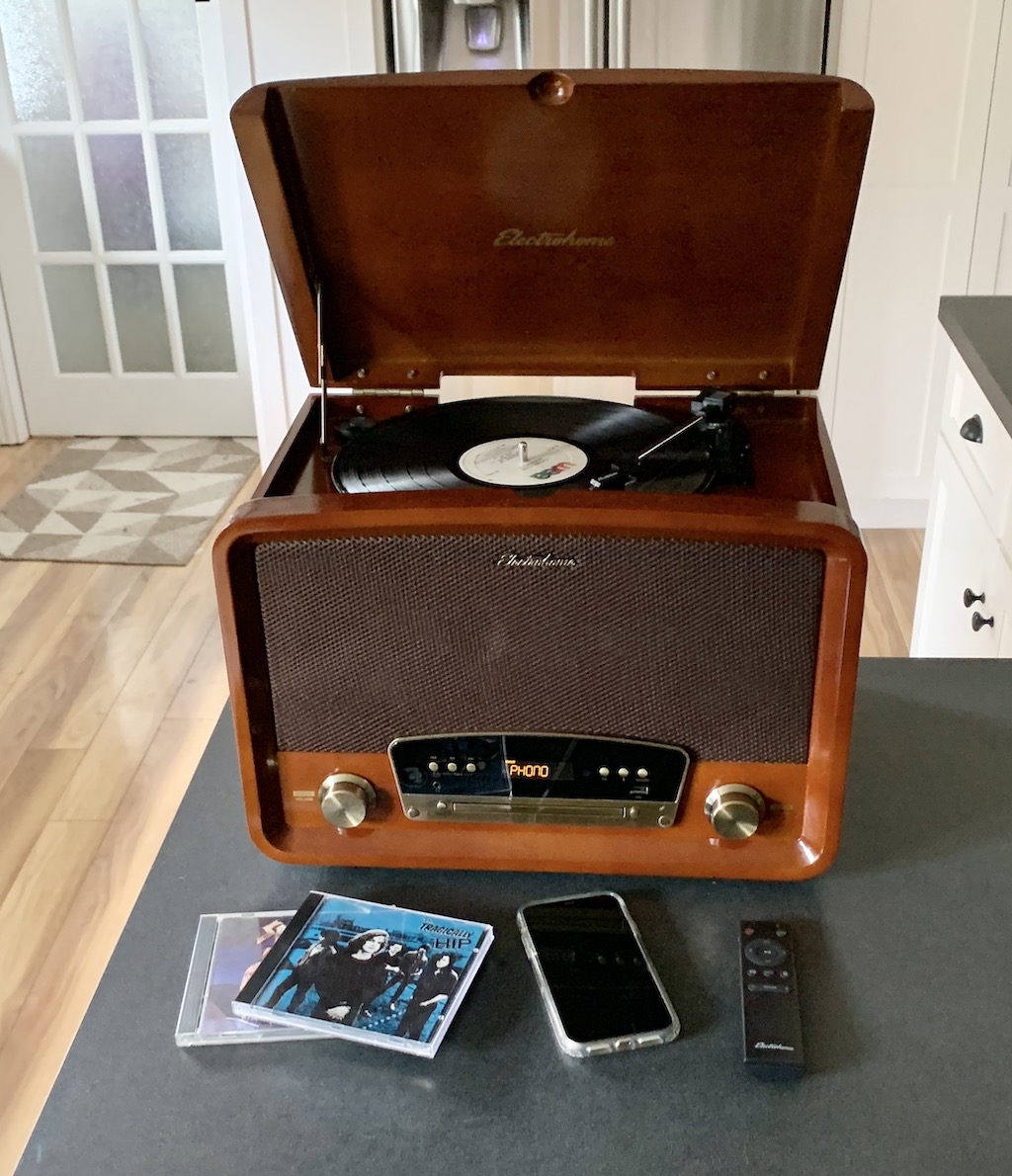 Vintage look, but not over the top

This is a large audio system, but much of that is stacked. A record player stacked on top of speakers, stacked on a CD player. So although it weighs 10.75 kg, it has a footprint of 43.9 x 34,3 cm, which is in line with a turntable. As an all-in-one music system, that makes it quite compact.

Electrohome dates back to 1907 and drew on its past releases for inspiration. That includes a wood cabinet with a hinged top, two prominent dial controls on the front, and a cloth speaker grill. In my opinion, it strikes the right note between nostalgic and modern. Some systems go way overboard and end up looking a little ridiculous. This one doesn’t.

Seven music functions, but the record player is clearly the star

As the name implies, the Electrohome Kingston 7-in-1 vinyl record player offers seven different ways to listen to music. They are: 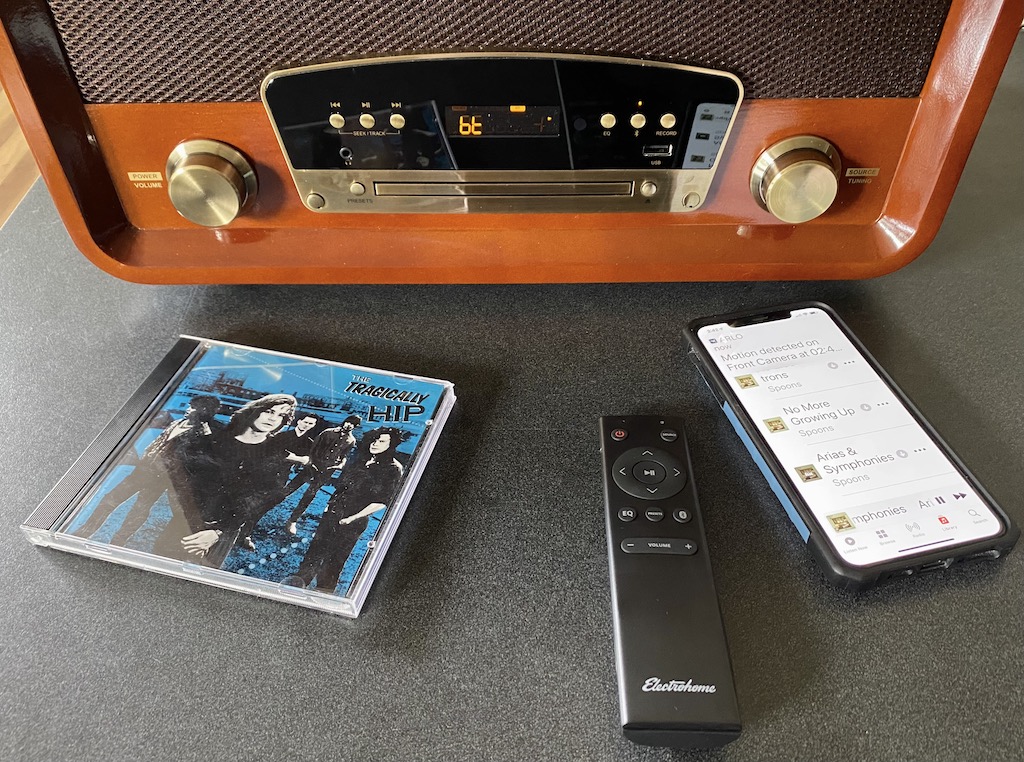 In other words, you are pretty well covered here. About the only things missing are a cassette deck or an 8-Track. But there’s an AUX input, so you can always plug one of those in …

The inclusion of Bluetooth is a nice touch. You can have your nostalgia, but still stream your Spotify playlist. The CD player is useful—many people still have shelves full of CDs.

Let’s be honest, though, the star of the show is the record player. Lift the lid and it is revealed. A tiny switch lets you choose between 45/33/78 rpm records. The platter is plastic and there’s no mat (instead cushioned bumpers protect the record and keep it from slipping). It’s equipped with a ceramic cartridge and a sapphire-tipped stylus. This is not high-end stuff, but for playing records you snag at a garage sale it works perfectly well. It even has an auto-shutoff that stops playback after the last track on a record.

What about the audio performance?

The Electrohome Kingston 7-in-1 vinyl record player is the musical equivalent of Swiss Army Knife. And its wooden finish with hinged top offers a nicely nostalgic look. But how does it sound?

I was actually a little surprised by the audio this system put out. It’s not uncommon for vintage-look systems to have uninspired, tinny sound. This one sounds pretty good. Electrohome says it has a 35 watt amplifier that powers a pair of 2-inch drivers plus a pair of 3.5-inch drives. They don’t specify, but I’m assuming those are tweeters and woofers, respectively. 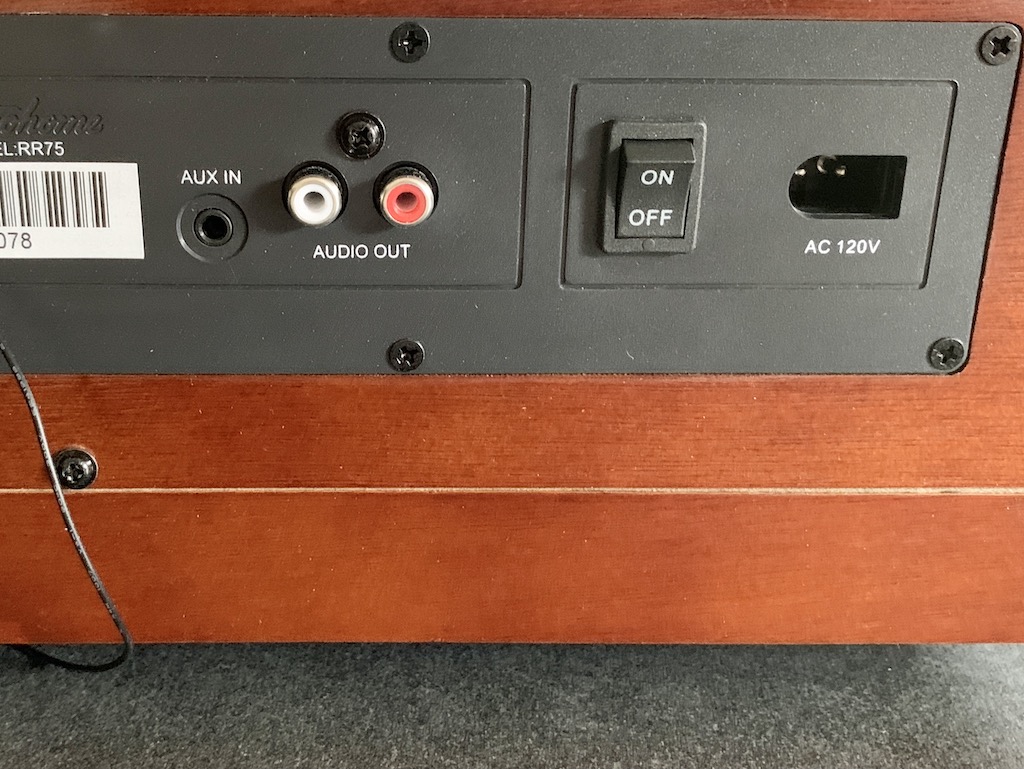 Whatever they turn out to be, this system is capable of some very enjoyable music playback. The acoustically-tuned MDF enclosure helps to give it some warmth, even when streaming from a digital source. And the 35 watt amplifier can push enough volume to nicely fill a medium-sized room. There is even output capability. That means you could use the Electrohome Kingston as a record player or CD player, connected to an amplifier with stereo speakers.

Don’t expect any fancy surround-style DSP tricks, or table-shaking bass, but for the price the Electrohome Kingston sounds pretty good.

I’m not going to step into the whole legal morass of who owns the music you are playing or what rights consumers may or may not have to record it. That being said, the Electrohome Kingston lets you record to a USB thumb drive from PHONO, AUX, Bluetooth, or CD sources. There are some technical limitations. The drive has to be 32GB or less in capacity and formatted as FAT32 or exFAT (Darren Blakeborough can explain what that means), and the resulting MPS3 files are limited to 128kbps quality.

Will you use it? I don’t know. Maybe if you have some old records that never made it to CD or digital streaming? The point is, you have the option and you don’t need a PC to do it.

Is this your new audio system?

If you have a stack of old records that’d you’d like to play, or you want an audio system that reflects a serious vintage vibe, the Electrohome Kingston 7-in-1 vinyl record player is a pretty solid choice. It has everything you need to play music in a wide range of formats, including vinyl, CDs, and Bluetooth streaming. It has decent quality sound and its wooden cabinet goes beyond being purely decorative to actually add some warmth to the sound that’s missing from many portable Bluetooth speakers.

However, if you are a serious record collector, I would suggest that you would be better off with a turntable with a more capable cartridge and stylus. It’s not as convenient as an all-in-one like this, but your records will sound better and last longer. If you’re not sure about what’s involved in picking a record player or turntable, I have a detailed buying guide that will help you. 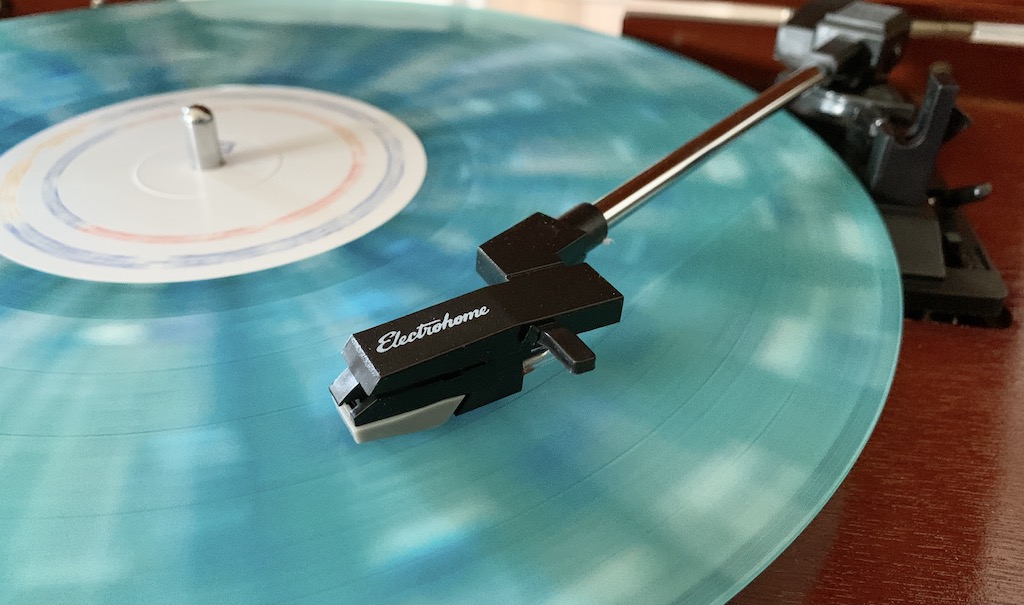 Best Buy carries a wide range of record players, turntables, vinyl accessories, and even records. Be sure to check it out. And if you’re interested in a specific turntable or record player, try searching on the blog—the Electrohome Kingston is the latest entry in a growing list of models that have been reviewed.